British DJ & Producer Dave Pearce has been at the forefront of the UK dance scene for many years. 2013 has seen him return as summer resident spinning big room EDM alongside Porter Robinson , Chuckie, Nicky Romero and Steve Aoki at Europe’s BCM Mallorca club (voted No 6 in DJ Magazine Top Ten clubs in the world - where Calvin Harris has a weekly residency). He has just mixed the BCM Mallorca Summer 2013 compilation which went TopTen UK Dance on iTunes and no 17 in the main chart. Dave has just launched a weekly EDM Podcast ‘Delirium’on iTunes.
He has performed at all the major UK festivals including Creamfields and Gods Kitchen Global Gathering , had a 10 year residency at Eden in Ibiza and hosted his own nights at Ministry Of Sound in London. He hosted his own long running dance show on BBC Radio 1 and a weekly dance show on Europe’s most listened to radio station BBC Radio 2 (returningApril 2014) and the alternative music station BBC 6 Music. He has hosted dance specials for MTV.
Dave has sold over 1 million compilation albums in the UK. He also ran one of the UK’s top dance labels Nulife and is now releasing his own material over the coming months. 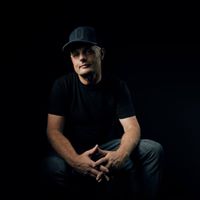