As the architect behind many of the stylistic blueprint shifts in dance since the early heady days of acid house, Charlie May knows a thing or two about what makes a dance floor tick.

One half of revered progressive house pioneers Spooky; the engineer and producer of many of Sasha's biggest singles and albums; highly respected solo producer in his own right, May has remained at the vivacious beating heart of house since the early '90s.

It was in 1992 that Charlie May and production partner Duncan Forbes made their maiden voyage as Spooky. After meeting and becoming firm friends, they cut their first record for progressive imprint Guerilla Records, 'Don't Panic'. It was to prove highly influential in the futuristic new movement in dance music - progressive house - that took the rhythms of acid, and married them to aquatic depths of Detroit techno with overlays of ambient music, to create a fresh new hybrid.

Heralded as figureheads of the progressive house scene, Spooky cemented this by creating their sky strafing and ambitious long-player 'Gargantuan'. One of the first dance albums of its kind, this pinnacle album would go on to spawn a million sound-a-likes, establishing the production wizardry of Charlie May, whose tweaking and pitch-perfect ear was set to have a huge influence, both in front of and behind the scenes.

3 years later, their most critically acclaimed album - 1995's 'Found Sound' led the duo to become in high demand as remixers, reworking everyone from Sven Väth to William Orbit.

Taking a brief hiatus from Spooky, Charlie May went in search of a new project. Linking up with DJ superstar Sasha, their initial production collaboration was on a soundtrack to hit Playstation game Wipeout 3, and from there, Sasha tasked May with engineering a new version of an unreleased Spooky track 'Xpander', which was to become one of Sasha's signature tracks.

The acclaimed 'Airdrawndagger' album (2002), again featured May behind the boards (alongside Junkie XL), as well as the following Global Underground mix album 'Involver'. But eager to step out of the shadows, May had all this time been honing his solo chops, and with the release of the fresh 'Bug EP' on Junior Boys Own London, he began to garner props as a producer in his own right. Charlie's solo incarnation was to bear further fruit in 2006, with the Charlie May vs. Sasha cut 'Seal Clubbing', a smash record for Renaissance.

Returning to the Spooky fold for a third album, 'Open', (2007), Spooky found themselves in New York City (during the album promo tour), where they settled to collaborate with Sasha on a succession of new productions for the DJ's fresh label Emfire including 'Coma' and 'Who Killed Sparky'. Off the back of these well-received cuts, the duo was brought in to assist with the production of 'Involv2er', the second volume in Sasha's DJ mix/remixes series.

In 2009, Spooky have been hard at work on several new projects. However, this will be the year that Charlie May's solo career really kicks into gear. Having etched several new club tracks, exhibiting a heavier techno influence, Charlie's more inspired than ever, and has plenty of new plans.

"I've just finished two tracks for La Tour, Pole Folder's label, and I'm feeling my way around, getting back into the solo headspace really, which is cool. I'm also doing some new remixes, something for Glenn Morrison, with Robert Babicz (aka Rob Acid) and also for Bedrock. There's so much cool techno stuff about at the moment which is really inspiring me."

He's currently cutting several new tracks, both with Spooky and solo, which he'll further shape with a new record label, which will also launch in 2009. And for those hanging on for an artist album, it seems you might not be waiting too much longer..

"I'm focusing on singles for a bit but I'd also like to do an album very soon - it's something I really want to do. That would be a big achievement. It's all guns blazing really - watch this space."

Stepping into the spotlight properly with these releases, it seems that Charlie May's time is truly now. 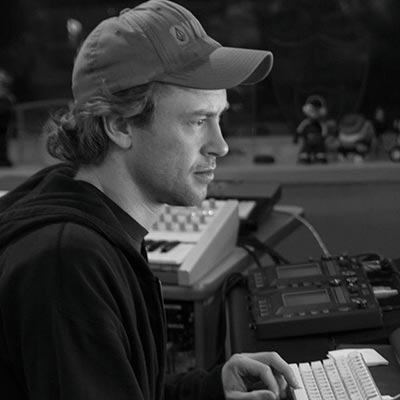