Charismatic and energetic, Os-car Colorado is a young deejay with a long career that turned him into one of the biggest DJ’s in the ‘Island of House’. Born in Ibiza on March 11, 1979, he had soon the opportunity to highlight and play in the best clubs like Space Ibiza (1999) and, for three years, in Amnesia. A fact that has made him one of the most popular DJ’s in Ibiza and in the best national and in-ternational clubs where he has played in. Especially the club-bers of Madrid, Barcelona, San Sebastian and Valencia, as well as New York, London, Berlin, Sao Paulo, Paris, Amsterdam, Turin and Rio de Janeiro have enjoyed Colorado´ssessions. He also has been nominated on “DJ’s Magazine” Awards like the ‘Best Dj’s Ibiza Resident’ for two consecutive years in 2003 and 2004.
Oscar Colorado raised in the “Island of House”, where has become into the person who is today. A self-taught on trends based in House, Deep House and Tech House. He doesn’t like being identified with any
particular leaning but having his own label capturing the es-sence of each musical move-ment, although house music is what really has influenced him throughout his career and which is identifiedwith at 100%. A fact that helped him to share sta-ge with Carl Cox, Steve Lawler, Sven Väth, Richie Hawtin, Jeff Mills, Danny Tenaglia, or Erick Morillo.
Actually, he collaborates, every two weeks, with Ibiza Global Ra-dio where he shows his Balearic roots and has plans to coopera-te with some of the biggest clubs in Italy and Spain.
If you want to hear him and leave you wrapped by his music you just only have to pay attention to Facebook or Twitter for the next sessions or waiting until next summer to listen him playing in La Troya at Space Ibiza. 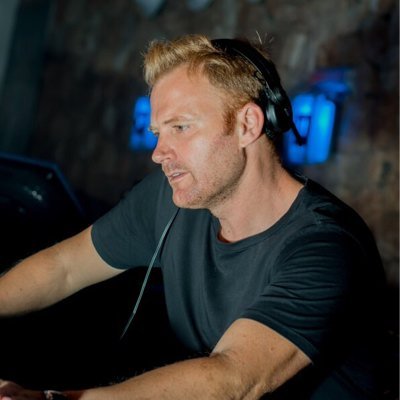