When it comes to rave culture there aren’t many artists out there who are as passionate and dedicated as Enzo Siragusa. The Londoner is the mastermind behind one of the capital’s most infamous party brands, Fuse – an event which he has used to cultivate an unmistakeable sound, attracting a loyal, dedicated following in the process. His roots lie in jungle and drum n bass, that pure, undiluted sound which sprung up from London’s inner city in the mid-nineties. Enzo still holds true to many of the aspects of 90’s UK rave culture that made it so special and carries them into his current output. So, whether he’s DJing, making beats in the studio, hosting another sell out Fuse event or letting loose on the dance floor, you can be sure it’s always fuelled by a desire to perpetuate the culture that changed his life.

As a teen in the mid-nineties Enzo was just as devoted to the dance floor as he is now. His first rave was at the legendary Sanctuary in Milton Keynes in 1993, where cult raves like Dreamscape and Helter Skelter were held on a regular basis. Enzo’s experiences there left an indelible impression on him; from the power of the music and the soundsystems, to the experience of being connected to a diverse yet unified crowd. This formed the foundation of his current ethos; maintaining an equal balance between 1) music and sound, 2) community and 3) the environment, i.e. the club itself. These three core aspects are the pillars of Fuse and Enzo’s rave philosophy and undoubtedly what have made it so successful.

A healthy obsession with music led to a very expensive vinyl addiction, and was the catalyst behind his early forays into DJing. Over 20 years on, his enthusiasm remains resolute and has helped elevate him to an impressive position, breaking into Resident Advisor’s Top 100 poll for the first time in 2015. Gigs at influential clubs like Panorama Bar in Berlin, DC10 in Ibiza, Sub Club in Glasgow, Mint Club in Leeds and Robert Johnson in Frankfurt cementing his status as a potent force in today’s scene. Stand out parties with Fuse at Space in Ibiza proved to be hugely successful and his relationship with the White Island will continue in 2016, with gigs further afield across Europe and a US debut also on the cards.

Fuse is now a part of the fabric of London’s club scene. Starting out as a cheeky Sunday after-hours, it has grown into a world-renowned party which holds true to what many refer to as a pure London sound. His meticulous attention to detail is focused mainly on the sound first and foremost. As a veteran raver, Enzo understands the effect that precision sound can have on the dance floor. If you’ve never been to Fuse before and you don’t even know who’s on the lineup, you’re sure to leave with the party etched into your memory banks forever thanks primarily to the potency of the sound.

Around the party, Enzo has built a formidable family of artists, all with a similar grounding to him. Artists who were ravers before anything else; Seb Zito, Rich NxT and Rossko are a few of the core members of the Fuse clan. By keeping this tight circle of artists representing the Fuse name, Enzo has instilled a strong identity into Fuse, which fans around the world travel to London to experience for themselves.

In line with the party brand, Enzo also heads up Fuse London and Infuse, two record labels which act as a channel for the music produced by himself and the Fuse family. Since their inception both labels have become a home for bass-heavy house works from artists including Archie Hamilton, Einzelkind, Dan Farserelli, Ben Rau and many more.

In the studio Enzo’s love for dynamic sound is also clearly evident. Heavy bass licks and crisp percussion form the foundation of his productions, which have maximum impact and blur the lines between DnB, techno and house. He collaborated with Alexkid recently on the unstoppable ‘Kilimanjaro’ project – a series of tracks built around a rib cage rattling Reese bassline, which have destroyed dance floors left, right and centre. On the solo tip, his new EP ‘Hard Steppers’ is already making waves as well as the collaborative track between him and Livio & Roby, titled ’Figain’ on the Romanian duo’s new EP Phantom Circle. What is more, Enzo received the ultimate seal of approval late November 2016: to take part in Pete Tong’s famous BBC Radio 1 trademark, the Essential Mix. What followed was two hours of non-stop, floor-shaking house and techno, brought to you and inspired by the gritty alleyways of London’s East End, proving that hard work does pay off.

Over 20 years deep and still as passionate, enthusiastic and obsessive as ever, Enzo Siragusa continues to inject his ideals into his output. Building a community around Fuse, while maintaining a successful solo career and producing dynamic sounds in the studio. Always smiling, he’s a man who has a created a London institution and he’ll be involved with rave culture for a long time to come… 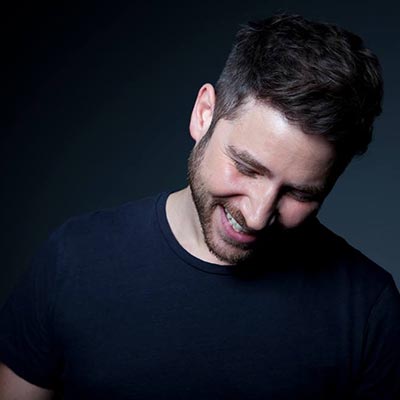