Jan Blomqvist, the Berlin based DJ and bandleader, lives for performing. He is famous for being the creator of concert Techno and has made a name for himself as one of the best performers in the electronic music scene.

Blomqvist’s love for music began at a young age it was thanks to his hippie parents who gave him the support and encouragement he needed to pursue a career in the music industry. The young Blomqvist knew music was his path. It all began when his parents gave him his first instrument, the guitar. After mastering the skill of playing the string instrument, Blomqvist formed a band while in school, showing his natural born talent of being a musical leader at an early age.

At the age of 21, the musician was first introduced to Techno during his studies as a aerospace technology student. With this new found love of electronic music, he began experimenting and mixing electronic sounds with his background knowledge of music from playing in a band. The result was the creation of his own unique sound accompanied with live performance skills. Soon the young DJ began performing small gigs around Germany.

It was in 2011 that Blomqvist’s life changed. He scored a massive gig at the Fusion Festival with an audience of over 3000 people, and the crowd loved him. From that day on the DJ began playing DJ sets at many big name festivals and clubs around Europe and neighbouring countries, and completed 350 gigs over just 3 years.

The bandleader and solo artist has made a name for himself for his unique tracks with his soulful breathy melodies and clear obscure sounding vocals. The crowd loves him and he loves the crowd. Jan Blomqvist is never one to disappoint his fans as they flock to dance and hear his music. 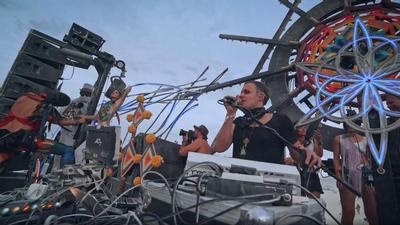