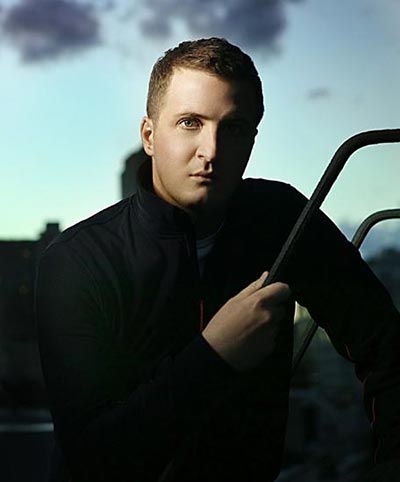 So you think you know about Alex Gold ?
How many Dj Producers can claim to have worked with Prince, Bryan Adams, Anni Lennox, Phil Oakey of the Human League, Chuck D of Public Enemy and Maire Brenan of Cannad (Enya sister)?

How many Dj Producers can claim to have re mixed the theme tune to the biggest grossing movie of all time Annie Lennox “In to the west “ from “ Lord of the rings “
Who of Any Dj Producers have achieved such mainstream success whilst constantly maintaining a position on the global underground scene, as a hot and innovative “New Techno” producer?

Alex Gold needs no introduction as one of the most innovative and successful Producers in UK electronic and Dance music history. Credited and famed with being the genius behind the hugely influential and multi million selling Xtravaganza record label, Alex Gold has his hand in over 55 UK Top 40 Hits, selling over 5 million records world wide.
Alex Gold reshaped the electronic music scene in 2000 when he pulled off the major coup of scoring a UK number one hit on his independent record label, Xtravaganza Recordings. The track “Don’t Give Up “ by his then Band, Chicane featured the major recording artist Bryan Adams on Vocal and Famously Knocked Madonna of the number one spot becoming Alex Gold’s second UK number one Hit Record.

Credited with spotting and developing and producing the hugely successful electronica band Chicane Alex has in his own right produced and developed some greatest dance anthems of the last decade.

In recent times Alex Gold has been known for his hot “New Techno” productions “Give it up Reaction “and “Energy bomb” which both topped the the Influential beat port sales chart. New mixes of Give up/ reaction are expected this summer 2009.

Whilst focusing on Production Alex Gold spread his wings internationally and has Dj in over 35 countries world wide as well as holding down residences in some of the worlds finest clubs including Space and Privilege in Ibiza.

But perhaps the most significant mark of Alex Gold’s career to date was his groundbreaking remix of Annie Lennox’s “In to the West” , her Oscar –Award – winning song from “The Lord Of the Rings – Return of the King.

At the Time influential Billboard USA Magazine’s Michael Paoletta, described the remix at of “Into the West” as ….

“Overflowing with haunting synth patterns, shaded beats, cinematic strings and Lennox’s unmistakable voice. Gold’s epic remix sits somewhere between the music of U2 and Massive Attack. Though this year is still young, consider this one of the year’s best remixes.”
Back in 2009, Alex Gold looks set to explode back on to the global scene with some fantastic new mix’s of “Give it up / Reaction” and the launch of Alex’s special new compilation album and night clubbing experience “Destinations”

So Watch this Space !