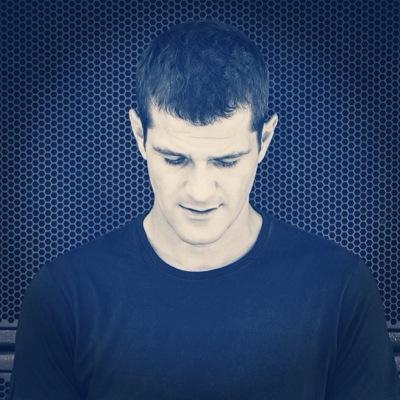 The journey of Andrea Oliva from his initial introduction to dance music to becoming a fast rising DJ talent is an organic one. Beginning at just 12 years old, Andrea was exposed to the sounds he would grow to love by a family member who was also a musician. Taking these sounds, he learnt to DJ at 15, worked in a record store, built an incredible collection of the most upfront promos and white labels from Europe and beyond, and very soon secured bookings at Switzerland's top clubs leading to residencies at Terminus and Pravda - all of which led him ultimately to the front door of some of the worlds biggest underground record labels as well as to a pivotal residency at Ushuaïa Ibiza for ANTS.

As he grew up, Andrea’s passion for music also saw him team up at an early age with local club kid and owner of Basel’s Nordstern - Agi Isaku – a connection that he has maintained through to this very day. They went on to throw sold-out ‘Banditz’ parties across Switzerland, and the reputation of both these and Andrea's legendary all night DJ sets soon took him across the continent and all the way to Ibiza when he was first invited to DJ at Space. It was here also that he debuted his first release in 2004 on Swedish imprint Joia Records and, as he began to forge his own sound, he started releasing tracks on Viva Music, Saved Records, Be As One, Hideout, and Cadenza.

As time went on, his production reputation began to build - as did his studio and the support for his music. In 2012, releases included his ‘Click Off’ EP (Cadenza) and ‘Scene’ (Be As One) and these saw him break into the Beatport Top 10 download chart. This led to Andrea being the most charted artist on Resident Advisor in February and March of that year, with some of the biggest DJ’s in the business playing and charting his music.

2013 was another momentous year for Andrea, as he launched his summer residency at the place that changed Ibiza as we know it today - ‘Ushuaïa Ibiza'. He played out to the masses at the venues hottest underground party 'ANTS' and also topped the Beatport charts with his remix of 'Rise Of Angels'. This ultimately became known as the ANTS summer anthem and spread like wildfire across the whole island of Ibiza; as well as being one of Cadenza's biggest selling records to date.

The ANTS brand has since gone from strength to strength and counts itself as one of the most successful parties on the island, with Andrea returning as a main staple in 2014, 2015 and 2016. Whilst Andrea´s sets have become legendary, he is also very much involved with the direction of the events – identifying 100% with the ANTS philosophy both as a party and musically. Now in its fourth year, ANTS has developed into an internationally recognized clubbing brand and has thrown parties at the huge Mexican BPM festival and Miami WMC as well as at clubs and festivals in Dubai, Argentina, Austria, Italy, Spain, France, Belgium, UK, Croatia, Malta, Holland and Switzerland with many more planned for throughout the coming year. Andrea of course has played at each and every one to date and is excited to be involved with all things ANTS going forward.

The past few years have also seen Andrea notch up an impressive resume of solo gigs - touring extensively on a worldwide level and counting key slots at Coachella (USA), Tomorrowland (Belgium), Extrema Festivals (Belgium and Holland), Creamfields (Ibiza and UK), Radio 1 in Ibiza 20 (Live Broadcast), Shindig, Sonus, Electric Zoo and We Are Fstvl as career highlights as well as dates at clubs including Output (NYC), Panorama (Berlin), State (Argentina), Cocorico (Italy) and of course the huge Ushuaia Closing party where he shared the stage with Marco Carola. Indeed his diary shows no sign of slowing down with gigs lined up around the globe whilst still holding his residency at his home club Nordstern Basel.

Production wise, his calendar has been equally as hectic. Throughout the course of 2014 he released a collaboration with DJ Le Roi on Conto 4056 (Objektivity), a 3-track EP named ‘Decomposing’ (which continued his long-standing relationship with British imprint Defected) and which topped the Spotify Electronic Chart in May 2016, and he then also had several individual releases via Viva Music, Saved Records, Be As One, Hideout and Moon Harbour. Continuing with equal vigour throughout 2015, Andrea penned a collaboration with DJ duo Livio & Roby for their album on Apollonia, a huge remix for GUTI as one of his album tracks on DFTD, in addition to remixes for DJ Sneak and Italy's musical maestro Jovanotti. But the cherry on the “2015” cake, was when Andrea released his very own debut solo artist album "4313" in May and which was named after the postcode of his hometown. The album received widespread admiration and extensive support with fans, industry and press alike - and not only featured a range of sounds showing Andrea's versatility and depth as an artist, but also took a contemporary musical direction and featured several fellow musicians showing Andrea´s ethos of both collaboration and experimentation. Needless to say, Andrea’s dedication to the underground scene has garnered him widespread support, and his music is appreciated by a range of dance music luminaries.

But “4313” was really just the beginning of Andrea´s album adventures – of course no sooner had he finished – he was back in the studio to follow up. A mix compilation album including further exclusive tracks from Andrea is due out very soon, in addition to a plethora of quality solo tracks, with releases on labels such as Desolat, Saved, Cuttin Headz, Avotre and Knee Deep all lined up for the coming months. There really is no stopping Andrea Oliva – his passion for both the music and the industry are infallible and pave the way for a bright future for this Swiss Italian talent.