Art Department is the brainchild of Canadian techno/house Legend Kenny Glasgow and Canada’s fastest rising star and No.19 label owner - Jonny White. As individuals both Kenny and Jonny have released countless critically acclaimed records and are regarded internationally as two of the most forward thinking, revolutionary underground producers out of North America. Kenny’s credentials date back to the late 80’s and include productions on Narcotic, Jinxx, his own Method 11/11 label and Turbo. Whilst White’s revered No.19 Music label along side a blindingly fast - growing discography have seen him rapidly rise to the forefront of the international scene.

With massive support from the rebel crew along with an exciting release schedule including collaborations with Seth Troxler, Jamie Jones and Soul Clap there is no doubt that this will be yet another inspired chapter in the story of these Canadian talents. 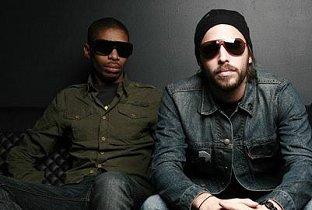