Colin Peters is an infamous resident DJ in Ibiza who also plays in other salubrious parts of Europe. He is resident DJ at Ibiza Rocks, Mallorca Rocks and Rock Nights. He also plays at We Love Sundays at Space (Ibiza) and Nasty Mondays (Barcelona).

Colin Peters is an infamous resident DJ in Ibiza who also plays in other salubrious parts of Europe. and beyond. Colin was one of the weekly residents at Manumission from 1998 until 2007 He played in both Privilege and at Space for the Carry On parties. Colin became famous for his sets at 7a.m in the Coco Loco at Manumission where he mixed anything from rock, disco, TV theme tunes and electro.

When Ibiza Rocks started in 2005 Colin was one of the first DJs to play at this weekly mash up. He has returned for 2010 and is resident DJ at Ibiza Rocks Afterparty at Es Paradis. With the concept of Ibiza Rocks moving to Mallorca this year, Colin has also been resident at Mallorca Rocks playing before acts such as Dizzee Rascal, Calvin Harris and The Courteeners.

For the last four years Colin has been playing at Rock Nights in Ibiza which which has gone from being the best kept secret in Ibiza's nightlife to becoming a phenomenon on the island. It not only attracts a legion of enthusiastic Rocknighters to each party, but it is also catching the attention of many eyes on the Spanish peninsula and abroad, with Rock Nights doing monthly parties in Joy Eslava in Madrid and Cultura Club in Palma de Mallorca. This summer Rock Nights have done parties in Martina and Ushuaia in Ibiza, the Sonorama Festival in Burgos and in Formentera. Rock Nights was named as one of the 20 best parties in Spain by the newspaper El Pais in July 2010.

As well as wowing Ibiza, Colin has also played across Europe in places such as London (Transmission at 93 Feet East, ASBO at The Social, The T Bar, Drama) Barcelona (Fellini, Catwalk, Risco, Sala Apolo) Paris (The Mix Club for Prohibition, Studio 284, Redlight & Follies Pigalle) and Italy (Peter Pan in Rimini and Meccano in Florence)

2010 saw Colin go from strength to strength with sessions in three of the biggest festivals of the year: The Reading Festival (playing on the Dance Stage between groups such as Metronomy, HEALTH, Roots Manuva & Magnetic Man), FIB Benicassim & Sonorama Festival in Burgos, Spain. Colin has also been smashing it on a regular basis at We Love Sundays at Space, Cultura Club in Palma de Mallorca, Sala Aftasi in Badajoz, Nasty Mondays and Crappy Tuesdays in Barcelona. 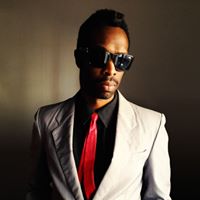