He has been knocking on doors for quite some time now, but after the release of his debut album ?Kontra? it?s virtually impossible not to have heard of Robert Vosmeijer's alter ego De Sluwe Vos! The technically highly gifted producer quickly graduated from small gigs in his Dutch hometown Deventer to headline billings on internationally acclaimed festivals such as Lowlands and Awakenings.

The sympathetic tech-head plays practically exclusively on home built gear, ranging from his bulky mixer to his antiquated synthesizer and rare analogue equipment. His lengthy dj-sets are a true master class in house and techno, with plenty of irresistible hooks and ragged kicks, making him a truly unforgettable artist..

A rare bread: new kids on the block with support from DJ Sneak, Jordan Peak and Shlomi Aber. De Sluwe Vos (roughly translated: ‘The Sly Fox’) got attention from these big boys, after releasing some next level tracks in 2012. "I always try to make music that is ready for the floor. Call it a blend of techno and house, if you like,” De Sluwe Vos states. “But putting tags on music doesn't bring me any satisfaction.” Mixing styles into a sound you haven't heard before, is what he does best. It has to be original, so why settle for less?

High energy and quick mixes are De Sluwe Vos’ trademark when behind the decks. Crowds are to be rocked – whether at Welcome To The Future festival, Amsterdam or The Garage, Leeds. This approach is bringing our young and upcoming talent to more and more venues across the world. Most recently, a monthly appearance in the UK is the latest step in conquering the world.

Moreover, strong hooks and fat drums being his specialty, De Sluwe Vos is now releasing on imprints like Slapfunk, Extended play, Local Talk, Pura Music and Albion. Expect even more in the near future! His side project Raw Equipment (together with MVDL) is another focal point. The ultimate goal remains to achieve a state of bliss together with the crowd; a state in which all worries evaporate and the music simply takes over. 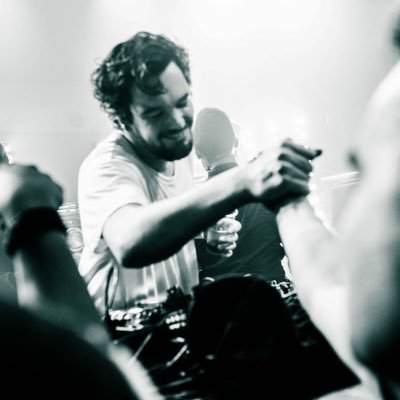