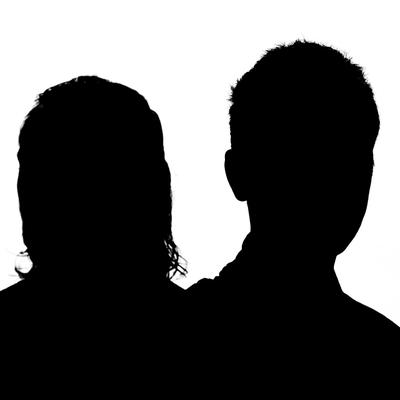 Indisputably, it was "Junk Science"' that brought Washington D.C.'s Deep Dish into the glare of the world's spotlight. The ground breaking 1998 album saw music critics in virtual meltdown while they struggled for superlatives.

Indisputably, it was "Junk Science"' that brought Washington D.C.'s Deep Dish into the glare of the world's spotlight. The ground breaking 1998 album saw music critics in virtual meltdown while they struggled for superlatives. Helped along by the success of shimmeringly sublime singles like" The Future Of The Future (Stay Gold)"' (vocals courtesy of the lovely Tracey Thorn) and "Stranded", the album - a blistering mix of deep lush house, Chicago techno, jazz-tinged soul, soaring strings and moody atmospherics - was so diverse and unexpected that reviewers and record buyers alike were left gasping. Ingenious and bold, "Junk Science" was the surprise Album Of The Year. Although Deep Dish sprang from the flourishing deep house scene, with "Junk Science"' they managed to transcend genres, finding favor with music lovers of every like. The impact it had was instantly obvious, and Deep Dish's success at making records that sound as good on the radio or home stereo as they do on the dance floor has led many artists to follow them down the road of deeper musical innovation.

In the ensuing post-Junk media fall-out Deep Dish's Midas touch continued with a spate of classic remixes - including Brother Brown, Gabrielle, Amber, Morel and Beth Orton - and Ali "Dubfire" Shirazinia and Sharam Tayebi immediately became two of the most sought-after producers/remixers/DJs in the world. As the offers came pouring in, Ali and Sharam took great care to select choice projects, which reflected their taste for diversity and experimentation. Ever prolific, the pair now spend their valuable time as producers, remixers, DJs and recording artists, as well as finding time to run two record labels.

It was a 1991 chance meeting at a party where they were both on deck duty that led the duo to set up Deep Dish records. By 1992 their production and DJing skills had already attracted the attention of Tribal records (for whom they appeared on the "Penetrate Deeper" compilation) and their DJ hero Danny Tenaglia. By 1995, and with an anthemic remix of De'Lacy's "Hideaway"' under their belt, the pair were riding on the crest of a deep house wave which was all set to make a huge splash across Europe. Following remixes for the likes of Carl Craig and collaborations with old school friend Brian "BT" Transeau, the name Deep Dish became synonymous with the flourishing deep house scene. It was in 1996 that they first began to lay down tracks for "Junk Science" the album which would turn them, almost overnight, into dance music superstars. "Stranded" became a worldwide dance floor hit and "The Future Of The Future (Stay Gold)" even made it onto daytime radio and flirted with Europe's pop charts.

In 2000 Ali and Sharam could quite easily claim to be the most industrious men in dance music. They've spent their time since "Junk Science" on a number of high profile projects, not least their own Djing events and residencies around the globe. Enthused and invigorated by what they'd been hearing on these DJing excursions abroad, they had already founded the Yoshitoshi imprint in 1994. Set up as a subsidiary of the larger Deep Dish label, Yoshitoshi was initially intended as a side-project, which would enable them to release their friends' recordings. However, licensing tracks from smaller labels around the world, as well as finding new artists from demo tapes and bringing their projects to fruition, has been a labor of love for the duo in recent years. A labor that has paid enormous dividends; only a few years since its inception and Yoshitoshi is a breeding ground for talent, giving a home to artists who otherwise may never be heard by the club-going masses.

With a roster building into one of the finest in the country, Yoshitoshi is firmly established as supplier of some of the best beats from around the world. Yoshitoshi has provided a welcome outlet for the likes of Brother Brown, Morel, Miguel Migs, Kings Of Tomorrow, YMC, Chiapet and Eddie Amador. With the release last year of their "Yoshiesque" compilation - a stunning mix of deep house, garage, tech house and techno - Deep Dish continue to readjust and re-tweak the parameters of contemporary dance music whilst never losing sight of the dance floor. "Yoshiesque" is partly a retrospective look at the label's releases to date and partly an example of the Deep Dish clubbing experience. Deep, dark and delicious, "Yoshiesque" is a perfect example of what to expect should you be lucky enough to attend one of the Deep Dish DJ residencies around the globe. Infusing their trademark eclectic sound with down-tempo, hard techno, trance, house and drum & bass, the album is a lovingly constructed dance floor experience. A melting pot of styles and genres, "Yoshiesque"' manages to capture the classy groove of the perfect Deep Dish set.

Refreshingly diverse and reassuringly unique, Deep Dish continue to fly in the face of the purists who believe in the one-sound-suits-all theory of DJing. Deep Dish know that good music is good music and - like Tenaglia before them - they have no snobbery when it comes to making people dance. Says Ali:"We like playing tracks that people may not have heard before, styles that they may not think they're into. Keeping it diverse keeps us excited and we're there dancing right along with the people on the dance floor." The pair were recently holed up in their studio working on a new Renaissance mix which will be followed by another "Yoshiesque"' compilation later in the year. Yoshitoshi continues to drop superior quality tunes on a very regular basis - recent successes include: Eddie Amador's "Rise", "Bases Loaded" by 2 Smokin' Barrels (actually San Francisco's Tony Hewitt and London's Terry Francis), Luzon's "The Baguio Track" and a debut release from Oliver Lieb's Smoked titled "Metropolis". Keep your eyes peeled for more releases from Brother Brown - whose "Under The Water" was a standout tune on the first "Yoshiesque".

Somehow Ali and Sharam still manage to find the time to jet around the world with their record boxes stuffed full of priceless pieces of plastic. Their residencies continue at Twilo in NYC, Renaissance in Nottingham UK, 1015 in San Francisco and The End in London. You can also find them causing dance floor euphoria in Ibiza this year as they sign on for a Renaissance residency for the summer. Currently locked away in their DC studio, the in-demand duo are putting the finishing touches to a Madonnaremix. And for those of us who are chomping at the bit for some more original Deep Dish material, rest assured because it's on its way. 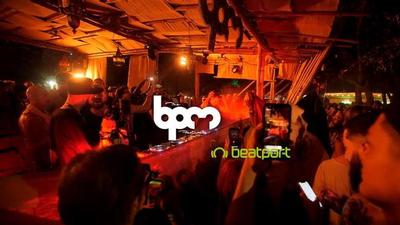