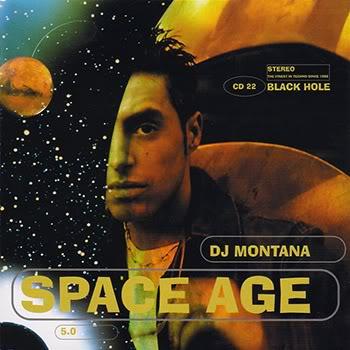 In 1999 Montana compiled and mixed his first compilation on Black Hole Recordings, Space Age 2.0, together with dj tiesto.

A year later, he takes Space Age 3.0 to a whole new level all by himself, and makes it perfectly he's capable of telling his own story. follow-ups Space Age 4.0 & 5.0 were both released in 2001. A year later he mixes the official concept cd for UDC, hollands most innovate party organisation like, Dance Valley, Concept and Ipmulz. in 2003 he mixes also the official Impulz Outdoor mixcompilation and closes the party on mainstage together with big names like, Kevin Saunderson & Underworld.

Montana is a producer and remixer of great techno tracks as well, and released several records and remixes on Blackhole, Magik Muzik, Mealstrom (UK), Nebula (UK) and Byte. His remix of Sidewalk Technician - Watch Dis, hits the dutch dancefloor charts for six weeks on number one, also his massive bomber remix of the famous Umek cracker Gatex hits the european dance charts on number one. his latest single "Holla" is cracked out by every big named dj and rocked many dancefloors.

the UK dance scene started in 2003 for Montana by playing in uk's most sensational clubs and festivals like Cream, Cream Ibiza, the Gallery, Godskitchen and Slinky. his first gig on cream together with Fatboy Slim was one of the reasons that the uk opened up his arms for Montana and popped up in major dance magazines. he also played that year for the big UK festivals like Global Gathering and Creamfields.