The love of the music is what still drives House music legend DJ Pierre. Born and raised in the Chicago suburbs, Nathaniel Pierre Jones came from a place and time where house music was not only a specific sound, but also a way of life. Influenced by such notable Chicago DJs like Frankie Knuckles and Ron Hardy, Pierre started his illustrious career with a very modest goal, to mix live on the radio.

DJ Pierre was working on tracks with childhood friends Spanky and Herb J, for the purpose of playing already existing accapellas over drum tracks created by an old drum machine. Pierre never envisioned being a producer, and was simply trying to enhance his local DJ sets. Little did Pierre know at the time that the trio's tinkering with a Roland TB-303 bass line generator would become the start of a worldwide phenomenon known as Acid House. The three started recording under the name Phuture, with their release "Acid Trax" becoming one of the biggest house records ever released up to that point. This went a long way in establishing Pierre as a ground breaking producer in addition to being respected as one of the genre's top DJ's.

DJ Pierre kept busy despite a slew of imitators profiting off a sound he helped create. He started the group Pierre's Phantasy Club with Felix Da Housecat and produced another genuine house classic with "String Free" by Phortune. Pierre received his first major record deal after being sought out by Wayne Williams, a record executive best known for signing Chicago native R.Kelly. While Jive records signed Pierre as a producer, artist and writer, he felt Jive really didn't give him the creative freedom to grow as an artist and producer, and later parted ways with the label and left Chicago for a thriving New York dance scene.

His first single once in Gotham was Photon Inc's "Generate Power", a huge hit released on the relatively mainstream dance label Strictly Rhythm. "Generate Power" was the formal debut for Pierre's new production method the Wild Pitch, created with a quickly back spun sample which generated a crispy lightning-strike of sound similar to the acid squelch. He continued to remix and produce hits for Strictly Rhythm. One of DJ Pierre's biggest hits "The Horn Song" in 1998, cemented Pierre's reputation as a hit maker, and helped establish Strictly Rhythm as one of the top dance music imprints of it's time.

Pierre continued to remix and produce groundbreaking tracks for a variety of labels like Twisted/MCA, Warner Bros, Tommy Boy, Epic, FFRR, EMI, Defected and various others too numerous to name. Pierre scored another huge hit with "Switch 2001" on King Street Records, enhancing his already impressive discography. Quit the entrepreneur, DJ Pierre has gone on to run his own Internet based record shop trackwax.com, in addition to running his own label, DJP Records. The label was created as an outlet for Pierre's creativity and passion for the music. He has most recently been in the studio working on original tracks and remixes for prestigious artists like P.Diddy, and Missy Elliot among others. DJ Pierre is currently recording a full-length album that will include Cevin Fisher, Felix Da Housecat, Roger Sanchez and various other high profile artists and producers.

Pierre has also hooked up with David Morales in the studio for the second time, after their first calloboration "Make It Hot" in 2003 topped international dance charts. The joint project is due to be released on Definity Records, hitting stores fall/winter 2004.
In addition to his legendary studio work, Dj Pierre has been able to establish himself as a key player on the international DJ circuit. Pierre's trademark spinning style encompasses everything from early Chicago Acid and Detroit Techno to current Garage, House, and Hard house.

DJ Pierre whipped crowds into frenzy at El Divino in Ibiza Spain, where he held a residency in 2002. He continues to be very much in demand at the top venues throughout the world. DJ Pierre is a mentor to many of the top names in House music, while still pushing ahead and remaining cutting-edge. Pierre continues to add not only to his own legacy, but also more importantly he continues to elevate the music as a whole to new unforeseeable heights. 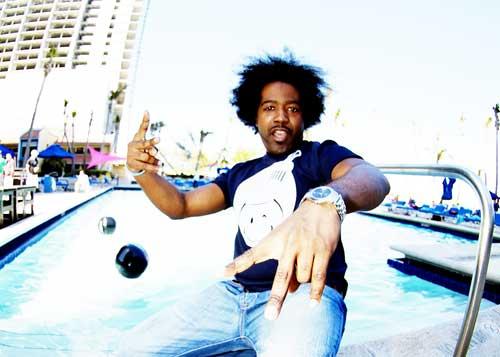