In 1983, Carlos Sosa pka DJ Sneak, moved to the city of Chicago from The island of Puerto Rico, where his early musical experiences and Influences were rooted in salsa, meringue and famous Latin orchestras.

Sneak earned his nickname rocking designs in the graffiti tagging days and began working at retail stores as an airbrush artist, not long after he cultured the music industry world and began recording his first releases. While at retail stores Sneak developed his DJing skills around the city working regular mobile DJ jobs and local nightclubs. In an already saturated DJ pool, sneak focused on music production and started an independent label - Defiant Records.

In 1995, sneak's new sound revolutionized house music with inspirational sounds and rhythms never heard. The disco filtered house grooves became sneak's signature sound. Innovator to many, sneak's love for music spawned current talents such as Daft Punk, Basement Jaxx, Armand Van Helden. In 1996, Dj Sneak's" You can't hide from your bud" on Derrick Carter's Classic Recordings turn out to be something of a masterpiece, setting a blueprint for many subsequent 'filtered disco'tracks and preceding the wave of funky, disco-influenced house that would prove the massive popularity of Chicago underground music.

From 1996 through the present day DJ Sneak is also a veteran on the remix world, with highly expected remixes that drive dance floors across the globe to ecstatic conditions by means of his intense beats and rhythms.

After years of development, DJ Sneak is a familiar name across the world's club circuit rocking down the best venues and events. A frequent visitor of Ibiza -the Island of spiritual parties and the Mecca of dance music culture, sneak has played a part in many of events involving the best production teams from England; Ministry of Sound, Cream, Manumission, Miss Money penny's to mention a few.

A favorite in the United Kingdom's summer festivals for example Homelands, Creamfiels, 'T' in the park in Scotland, Sneak has no mercy on the sound systems and on the scale of exiting DJs to grasp he remains part of the top 100 DJs of the world for 5 consecutive years. Recognized as the disco filter innovator his musical style is diverse from furious banging' Chicago tracks and Latin tribal beats to disco filtered reworks of retro classics with melodic rhythms that suit your soul.

In 2001 Sneak will be launching a new record label 'Magnetic Recordings" where he's releasing all new music, compilations as well as introducing new talents and continue preaching the sound of Chicago House Music. The future bring about new light to DJ Sneak' journey focusing on the development and evolution of electronic music's struggle to be acknowledged as the sound of tomorrow. 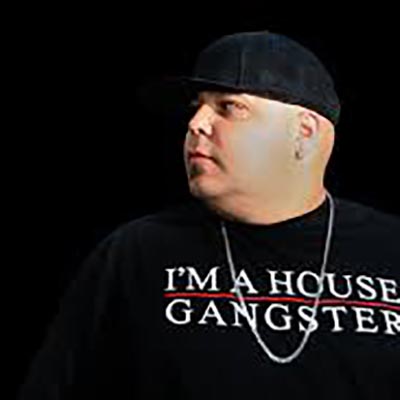