Born in Argentina, Ernesto Ferreyra travels the world in pursuit of musical enlightenment. From Mexico, to Montreal, to Berlin, the newest member of team Cadenza proves rhythm knows no borders.
The die was cast early when Ernesto began to collect records by Depeche Mode, Jean Michael Jarre y Pink Floyd, which led him to discover house music, at the time, a little known sub-culture in Argentina. At age 13 the precocious music fanatic landed a job as a radio DJ in his hometown of Córdoba, at 14 he was spinning at under-18 discos, by 16 he was a full-fledged club DJ. He made a pass at conventional career planning but found his time at university revolved around weekends in the clubs. “I saw my path was marked,” he says, “It was music.”
Determined to carve his own path, Ernesto moved to the maelstrom of Mexico City, where he lived for three years, DJing all over Mexico and taking the first steps in his production career. Next, he moved to Montreal, drawn by the vibrant creative culture of Montreal, Canada’s electronic music hotbed. There his production career moved into high gear, driven by friendships with MUTEK artists and – in particular – Guillaume Coutu Dumont, who he records and performs with under the Chic Miniature moniker. It wasn’t just the creative talent that spurred Ernesto. “The cold helps too,” he jokes. “You wind up buried in your studio working all the time.”
There is more to Ernesto’s music than just putting in the hours, though. He defines his sound as a mix of Latin groove and taut Northern minimalism. His records reflect a boundless curiosity about life, emotion and sensation. “I love jazz, soul, funk, Cuban rhythms, rivers, mountains… crazy movies like Tim Burton, history books – everything is an inspiration!” Ernesto’s crisp, seductive cuts appear on labels including MUTEK, Cadenza, Musique Risquée, Cyosure and Crosstown Rebels. His gigs at the world’s best clubs include Berlin’s Watergate and Panoramabar, Tokyo’s Yellow, Spazio 900 in Rome and – in summer 2010 – Pacha, Ibiza. Forthcoming releases include remixes for Ben Watt's Buzzin' Fly imprint, ‘For Beaner’ on Thema Records and Ernesto’s debut artist album is on the making.
Selected discography: Memoria Colectiva EP (MUTEK_rec), Éxodo EP (Cynosure), Siluetas EP (Cadenza), Midnight Sun EP (LoMidHigh Organic), Epamoninondas (Thema); As Chic Miniature: Conexion Califa EP (Raummusik), Poco a gogo EP (Musique Risquée), Escandalo EP (Crosstown Rebels) .. 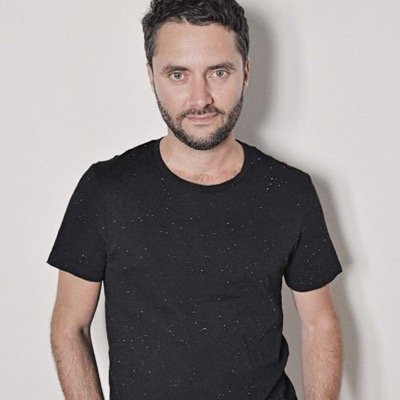