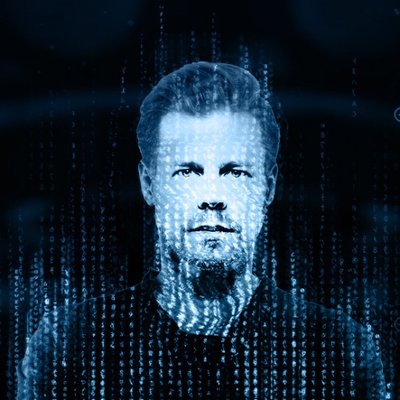 After initially producing some hardcore gabba tracks Ferry became more interested in clubhouse and trance. In 1996 Ferry achieved a position in the U.K. single chart at #46 with ‘Don’t be Afraid’ by Moonman, his first major and European breakthrough as a solo dance Artist, producer & composer.

The Dutch harbor city Rotterdam was Ferry Corsten’s (28) playground when growing up and the city still is his current base of operations. Being a full-time producer since 1991 Ferry has developed into a true prodigy of the international dance scene.

After initially producing some hardcore gabba tracks Ferry became more interested in clubhouse and trance. In 1996 Ferry achieved a position in the U.K. single chart at #46 with ‘Don’t be Afraid’ by Moonman, his first major and European breakthrough as a solo dance Artist, producer & composer.

In 1997 Ferry and his partner Robert Smit established the Tsunami dance label together with the Dutch based dance company Purple Eye Entertainment b.v.

This collaboration would prove to be an almost instant success and eventually resulted in the creation of one of the most influential dance labels around today. These three parties have set up in the meantime a new label called Polar State.

In February 1999 Ferry’s second solo project, system F, was released on the Tsunami imprint. The title ‘Out Of The Blue’ is a melodic and powerful twister and turned out to be one of the biggest trance track of 1999, achieved a top twenty position in the U.K. single chart and put Ferry on the world-wide dance map permanently.

Other projects of Ferry Corsten are: “Carte Blanche” by Veracocha (produced together with Vincent de Moor) and in May 1999 the title “Gouryella” by the act Gouryella was released, an Artist-project Ferry produces together with the famous Dutch DJ Tiësto. The first single “Gouryella” entered the U.K. Singles Top 75 at #15 and achieved various hit positions throughout the world. The follow-up of Gouryella, entitled “Walhalla” has been released worldwide. Furthermore Ferry remixed William Orbit’s ” Adagio for Strings” as well as “New Yearsday” for the famous band U2.

In October of 1999 Ferry Corsten has been elected as ‘Producer of the Year’ during the recent Ericsson Muzik Awards in London, leaving fellow-nominees like Puff Daddy and Rodney Jerkins behind.

Next to his producing activities Ferry is a renowned DJ in the U.K. and recently debuted at Inner City in Amsterdam, spinning in front of a record crowd. The U.K. dance compilation Trance Nation mixed by Ferry was recently awarded

The follow-up single of system F, entitled ‘Cry’ took trance to a different level combining soulful vocals by Saskia Lie Atjam with his typical trance sound which characterize his productions and made him so famous. ‘Cry’ is produced by Ferry Corsten and Robert Smit and additional remixes are provided by Rank 1, Oliver Lieb and Ferry Corsten himself.

Ferry’s debut album entitled ‘Out Of The Blue’ by system F is completed and has been released in Holland on the 26th of March ,with further singles to be announced throughout this year. To kick things off the "Soul on Soul" track with Marc Almond will be the (3rd) international single and it is slated for release in the various territories in the next months.

The fourth single is “Dance Vallley theme 2001”, this single was especially produced for the Dance Valley festival. This festival is the biggest outdoor dance festival in the world, with over 80.000 visitors.

A pioneer and a dynamic force in the electronic dance music industry, Ferry Corsten never ceases to amaze, awe and even challenge his music contemporaries with the zest and talent he has in his productions and musical sets. He is widely recognized for opening the floodgates of Dutch producers and DJs to the international music scene.

Known for the countless aliases he has produced and remixed under since the release of his first record at the age of sixteen (16), Ferry Corsten has remained steadfast in pursuing his dream of spreading his unique sublime sound to music lovers worldwide. In his quest, he has gained not only respect in the music industry he has built around him but in similar musical genres as well.

Ferry had always been interested in music as a child. Tinkering with his father's record player at a young age, he saved up money to buy his first keyboard by washing cars, and selling mixed tapes to kids in his neighborhood. He then embarked on a live act performance with a friend and won his first award "De Grote Prijs van Nederland" Holland in 1989. He eventually released a record with a couple of friends when he was just sixteen years old and has evolved into releasing self-made productions. To this date, Ferry produces and engineers all his musical productions and compilations.

After initially producing some underground club tracks Ferry became more interested in clubhouse and trance. In 1996 Ferry achieved his first chart position in the UK single chart at #46 with 'Don't be Afraid' by Moonman, his first major and European breakthrough as a solo dance Artist, producer and composer.

Since Then, Ferry Corsten is the only electronic dance music artist to achieve the highest number of dance singles in the UK charts and currently has 10 gold singles in his studio.

Through the success of his production skills, he has also produced the Japanese Popstar, Ayumi Hamasaki's single "Connected" in her latest album, which has sold 4 million albums to date. (2003).

Similarly, he has been nominated and has a won numerous awards in the past few years. Ferry Corsten has been elected as 'Producer of the Year' during the Ericsson Muzik Awards in London (1999), leaving fellow-nominees like Puff Daddy and Rodney Jerkins behind him. In 2000 in his home country Ferry got awarded the prestigious Silver Harp award for his outstanding contributions made to Dutch dance music. He is nominated in this year's (2004) Winter Miami Music Conference for best International Dj and Best Compilation (Ferry Corsten: Mixed Live) and Best National DJ and Best Video (Rock Your Body Rock) for the TMF (Dutch MTV) Awards in the Netherlands (2004).

Aside from producing, Ferry began compiling and mixing the Trance Nation (1999-2001) series together with Ministry of Sound which has sold over a million copies worldwide.

It was there and then when Ferry began hitting the streets (all over the world) with his record bag to spread his unique sound of trance music. In the same year he entered the DJ charts in England (1999) and has been a consistent name on the list ever since. He is currently listed at number 5 on UK's DJ magazine (2004) and number 4 on America's BPM magazine (2004). Since then, he's consistently traveled around the Europe, America, and Asia every year averaging about 130 performances around the globe with concentrations on America, Europe and Asia.

2004 is a culmination of his work as a producing artist and dj. The launch of his artist album "Ferry Corsten: Right of Way" at the Heineken Musical Hall (Netherlands2003) where 4,500 clubbers came to be with Ferry in a special 8 hour set, in The Netherlands is a testament to his goal in combining his artistic skills as a producer and a DJ on an international scale.

From this album, hit singles such as It's Time, Punk and Rock your Body Rock have been released. "Rock Your Body Rock" debuted on number 11 on the UK Charts (February 2004). Remixes of this single were made by Moby and Renee Pilgrim.

Aside from the release of his artist album, 2004 has brought the release of compilations such as Dance Valley's 10th year anniversary and first of the series Euphoria Infinite. This year he has also remixed singles such as Stonebridge "Freak On" and Duran Duran's single "Sunrise" which hit the top 10 charts worldwide!

Join him in his musical journeys, be it with his current or past artist albums, a night out with him in your favorite club, or on the radio. 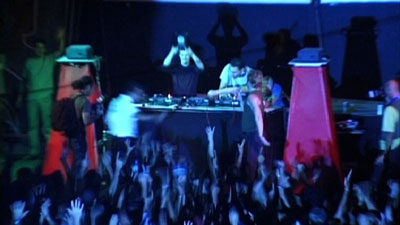