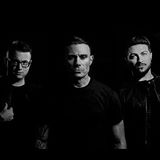 Artist
1 video
Born in Dublin, in December 1977 Fran Cosgrave started dj'ing and promoting when he was just 15. His passion for partying and playing house music went hand in hand and he has been involved in club scene ever since . He's owned clubs, promoted parties and dj'ed all over the world. His musical style of House,tec house and up lifting progressive pumping tunes has had him playing alongside huge names like: Pete Tong, Judge Jules, Joey Negro, Sandy Rivera, Chris Lake, Antoine Clariman, Rob Tissera, Freemasons, Tom Novy ,Kid Massive, Out Of Office, Prok@Fitch and Jonathon Ullysses to name a few. Playing for club brands like: Gatecrasher, Kiss da Funk, Pukka Up, Moneypennys, Garlands, Venus and Viva la Diva, and for the last 3 years he has been a regular fixure in some of the biggest clubs in the world such as: BCM, Eden, El Divino, Plastic, Kanya Ibiza, Syndicate, The Arches, Voodoo, Area 51, Sankeys, Honey Club, Kellys ,Limelight and Music Factory. In August 2006 Fran released his first single "Jetsetter" under the guise of 'Inner City Playboys' on Skint Records (aka Fat Boy Slim/Normin Cooks lable) which was massive summer anthem. 'Reality Check' his autobiography was also published in 2006 which documented his life so far, going from a young streetwise party loving Irishman to his more public appearances on national 'reality tv' shows and his first years in London where he bagged key positions at Paul Oakenfold's superclub 'Home' Since signing to Audio Damage Records in Jan 09 under the guidance of it's founder 'Kid Massive' he has rocked in many countries including: Ibiza, Greece, America, China, Ireland, Holland, Mexico, Canada and many more. They have played for some of the biggest brands in the world including: Gatecrasher, Kiss da funk, Moneypennys, Eden, Ministry Of Sound, Pukka Up, Hed Kandi and many more. Production wise Fran's work goes from strength to strength. Busy working on remixes for Muzikjunki, Disfunktion, Jorgenson and Kid Massive (of Audio Damage), along with completed mixes for Remaniax and NBG including production of his own tracks 'C.A.N.D.Y' and 'Sextoy' which have both been put on the Hed Kandi playlist which look set to be massive summer anthems. His sound also takes on a deeper proggy/techy side with the massive release of his remix of John Eilegras 'Jack Jones ' on Styles records already smashing the most credible dance floors all over the world with support from some the biggest Djs in the world including: Roger Sanchez, Laidback Luke and Kid Massive to name but a few. The future is looking very bright with a new friday night radio show on Cheshire FM, a magazine feature every month in Punk Magazine as well as a heavy DJ and production schedule over the coming months including a seasonal residency every Sunday in Ibiza with Audio Damage Sunset Boat Parties and Plastic in San Antonio where he'll be dropping his massive remix of Steve Angello's 'Leave the Word behind' which is getting played everywhere including Space and Pacha. Along with his new mix of the Foo Fighters 'Times like these' which is getting dropped by all the right people and with a multitude of international dates locked in for the rest of the year it going to be of the charts so watch this space. Fran's friday night radio show is streamed live online from 10.00pm till 11.00pm at: http://www.cheshirefm.co.uk Regular mixes are also available for free download via his Facebook page.