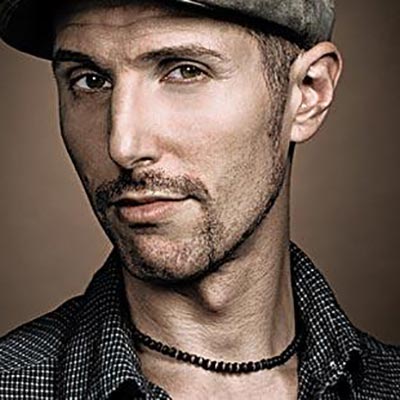 "Some people get pigeonholed as being into just one thing’, Wink remarks, ‘I hate that. When there are rules, it doesn't become art, and it's not fun. I've learned that you can't please everybody, so I'd rather be concerned with making good art, and the people that like this art will stick with you."

Philadelphia born and based Josh Wink is one of the true pioneers of techno, house and allied styles - blurring the definitions.

At 13, a young Josh Wink began his first job as an apprentice at Captain Jack’s mobile DJ Company, three years later, he had started to DJ at local house parties. By 1988 – the year that ‘rave’ exploded into public conscious - Wink was already a main player on the underground music scene.

“Then I began to realize that I had ideas of songs. Instead of DJing other people’s music, I wanted to translate these ideas into my own music that was in my head. House music and new wave electronic music really influenced me when I was a teenager. Plus, going to see Jazzy Jeff and Cash Money DJ in Philly made me want to get more into the 'art' of DJing.”

In 1990, just out of his teens, Wink released his first EP ‘Tribal Confusion’ on the infamous Strictly Rhythm imprint, under the moniker E-Culture (with King Britt), also releasing other EPs under various different guises. In 1994 he formed his own imprint ‘Ovum Recordings’ and released ‘Liquid Summer’ – a track which helped propel him onto the international circuit.

“I’d say that Wink 'Liquid Summer' (Ovum), Wink ‘Meditation Will Manifest' (R & S Records), Winx ‘How's The Music’ (Sorted) and ‘Nervous Build Up’ (Nervous) were some tracks that got me to start traveling around the world in the early 90's.”
In 1995, Josh Wink became one of the first DJ/producers to translate his music from the underground to above and to international success. He consecutively unleashed a string of classics including ‘Don't Laugh’ (recorded as Winx on Nervous Records) and ‘Higher State of Consciousness’ – tracks that topped charts worldwide and that are still recognized and played today. He also remixed Moby and Firefly in the same year.

In 1996, whilst gaining recognition from leading press including Rolling Stone magazine, Josh Wink released his debut album ‘Left Above The Clouds’ (under the name Winx) on Nervous Records.
In 1998, he released his second LP ‘HearHere’ on his own Ovum imprint. With ‘HereHear’ Wink pushed boundaries even further, inviting fellow artists as diverse as Trent Reznor (Nine Inch Nails), Caroline Crawley (Shelleyann Orphan / This Mortal Coil), and Philly poet Ursula Rucker (Jazzanova / The Roots) to contribute to a far-reaching disc that ran the gamut of electronic music styles - from ambient and trip-hop to drum & bass, as well as the trademark mix of house and techno on which Wink has built his international reputation. “I wanted to continue to push my envelope of making diverse electronic music and not have pressure to only make dance music.”

In 2001 Josh Wink released ‘Evil Acid’ on Ovum and also teamed up with Carl Cox to release Wink Vs Carl Cox ‘It’s The Machines’ on Cox’s Intec imprint, as well as delivering highly coveted remix workings of Depeche Mode, Dave Clarke and Slam.
Into 2002 and Josh Wink delivered ‘Superfreak’ –a release that again caught the ears of many and inspired many in the process. He also remixed Paul Oakenfold’s ‘Starry Eyed Surprise’, FC Kahuna, Sebastien Leger and Range Of Motion for his own Ovum imprint.

In 2003 Josh Wink delivered his third artist album ‘20 To 20’ on Ovum – moreover a collection of his own work that he would class as his ‘secret weapons’ on the dancefloor; heavily 303 inspired releases that delved into Wink’s Acidic House roots. He also delivered his masterful ‘Profound Sounds Vol.2’ mix CD and remixed artists including Sting, Masters At Work, Ladytron, Harry Romero and Icelandic band GusGus.

In 2004 Josh Wink once again set dancefloors in motion with EPs ‘516 Acid’ and ‘Oakish’ – EPs which garnered support both from both the old-school and the new DJs and styles filtering into the scene. He also remixed DJ Minx for Richie Hawtin’s M-nus imprint, Australian band Infusion, Steffan Goldmann’s ‘Shimmer’ EP on Ovum and Alexkid’s ‘Don’t Hide It’ for FCommunications.

In 2005, Josh Wink remixed artists including DJ Sneak and Alter Ego and, in 2006, he released ‘Have To Get Back’ (no vox version) on M-nus, under the moniker Dinky Dog, as part of M-nus’s 'MinimizeToMaximize' / various artist compilation. He also released the third in the Profound Sounds series – ‘Profound Sounds Vol.3’ (coming out in the UK on Ministry of Sound entitled ‘Sessions’) – which exclusively included the remix he crafted for Radiohead’s ‘Everything In It’s Right Place’. His ‘Have To Get Back’ release came out as a double A-side on M-nus, backed with Loco Dice’s ‘Seeing Through Shadows’.

In 2007, Josh Wink released his EP ‘Thick As Thieves’ on Steve Bug’s Poker Flat imprint – an exchange for a release Bug had given to Ovum ‘Houze/Summer Nights’ (released in 2004) - he also released ‘Swirl’/’Have To Get Back’ (Vox version) on Ovum and remixed Chicken Lips, Taho (for Ovum), Someone Else and Radio Slave’s ‘Screaming Hands’ for Rekids.

Into 2008 and Wink has once again switched styles, altered rules and initiated a change. With his influential EP ‘Stay Out All Night’, released on Ovum in May (a massive Miami track and an ‘Essential New Tune’ for Pete Tong on Radio 1), Wink went against the current musical grain and paired NYC 90's house with Chicago jackin’ beats and a bit of St. Germain. Wink also spent the first half of 2008 preparing his fourth artist album – ‘When a Banana Was Just a Banana’.

Josh Wink’s Ovum imprint, since its beginnings in 1994, has seen releases from Loco Dice, Shlomi Aber, Marc Romboy, DJ Pierre, Aaron Carl, King Britt, Steve Bug, D’Julz and of course his own productions. It still continues to grow by both introducing new talents and releasing one-offs from some of the world’s best known producers. “Ovum is about integrity to good music! We feel that we don’t have to follow the music that is trendy or fad-like at the moment.”

As a DJ, since his 1988 ‘rave’ beginnings, Josh Wink extensively traveled the globe since 1995 – playing every festival that counts, through to the smallest and underground venues around the globe. “The Best DJ experience is being able to create an audio atmosphere where an audience can absorb from me, while I get absorbed from them.” His only residency in the world is held in his hometown of Philadelphia at Fluid.

Taking trends, making trends and breaking trends, Josh Wink’s music (under its many monikers including Wink, Winc, Winks, Winx, The Crusher, E-Culture, and Size 9, Accent, Dinky Dog, J Dawg and The Crusher) has always experimented and influenced. The sound of Josh Wink today remains one of a man unafraid to walk the border between stylistic boundaries.