Returning from the yearlong It's You, It's Me World Tour of 2003, celebrating his monumental debut album of the same name, Kaskade comes home to his Om Records family with his newest offering to the beloved San Francisco Sessions Series, "Soundtrack to the Soul". A lot has been written, said, and felt about this young man and his music in the past year.

The worldwide media, DJ's, radio stations and music loving public adore him. He's been praised as "The Best Up & Coming Artist of 2003" from URB MAGAZINE and as crafting "A captivating debut" by BILLBOARD, but still unchanged, humble, and low key in flip-flops, Kaskade, better known as Ryan Raddon, has so much more love to give. The new album gives the listener a glimpse into the deepness of Kaskade the DJ and producer; this is his story..

As an 80's teenager in the Suburbs of Chicago, Raddon was fascinated by the sound of new wave, frequenting Club Medusas where Frankie Knuckles held a Friday night residency. There, he was exposed to everything from Tears For Fears to The Cult, Ministry and The Smiths. As house music was incarnated in the basements and warehouses of Chicago, Ryan increased his awareness by attending parties and exploring these inspiring, innovative sonic genres. He listened religiously to local radio shows like The Hot Mix Five and Northwestern University's WNUR, which featured Derrick Carter and Mark Farina. He frequented Gramaphone and built his vinyl collection, eventually
taking to the decks late in the decade.

Circa 1992, he transferred his life and learning to Salt Lake City and the University of Utah, an education he funded by DJing. He launched a weekly house night that endured five successful years and owned and operated (a local record shop,) Mechanized Records. Though there were others promoting house in Salt Lake, Ryan was one of the city's pioneers, igniting the spark that set the scene ablaze in the most unexpected of towns. It was here that
he began building a studio, releasing several records on the Mechanized imprint and selling a breakthrough track to his favorite label, Om Records.

"DJing inspired me to make music," he says. "It was definitely a simple evolution for me."

Having explored the Bay Area with his wife Naomi, Ryan was drawn to the strong scene that it fostered; they moved in May 2000. Within months, he landed a job as A&R assistant to Chris Smith at Om. "The label's reach is far and wide," he notes. "It was good energy to be around creative people
who enjoy what they do." Continuing with DJing and production, Ryan formulated his alter ego Kaskade and began honing his studio skills. After selling a track to now defunct Chicago based Afterhours, he began
anonymously slipping his tracks into the stacks of Om demos. "What I Say", the first single picked up by Om under his Kaskade moniker, was featured (as the first track) on Mark Grant's widely acclaimed "Sound Design Volume 2" in 2001.

The past two years have been a whirlwind of success; though Kaskade has appeared on many of Om's coveted compilations, nothing prepared him for the widespread praise that came in the wake of his debut album "It's You, It's Me." The former Lazy Dog duo Jay Hannan and Ben Watt sent their accolades
after the then unreleased track blew the roof off their Sunday night London gathering. Marques Wyatt extended his appreciation as well, grabbing dibs on remixing duties for a future single. As of late, Kaskade has spent many nights commanding the decks on the international nightclubbing circuit. In addition, Roger Sanchez befriended Kaskade licensing two tracks for his newest mix "Release Yourself 2003", and if one needed more proof of his talent, Jay Hannan has chosen Kaskade to debut his new label, Society Heights, with the "Soundtrack to the Soul" standout "In this Life".

Whether it's the uplifting sounds, organic instrumentals, catchy vocals or the diversity of his sound, Kaskade's music embodies life, love and happiness. "I'm an optimistic guy," he says. "There's a lot of love in
house music and this is just what comes out." He is equally as optimistic about the scene that has embraced him with such open arms. "Dance music is so fast moving and so forward thinking; it has morphed many times over. It will be interesting to see what the future holds." -Words by Carly Miller and Gunnar Hissam 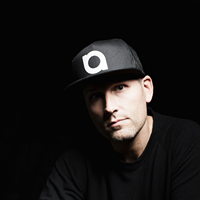