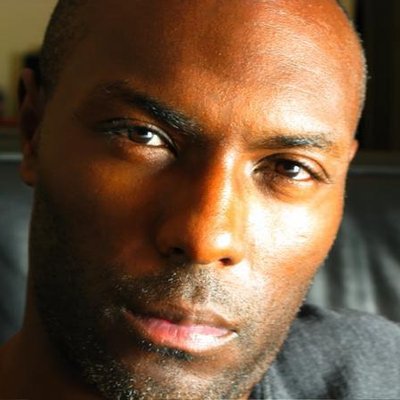 To most electronic music aficionados, Detroit native Kenny Larkin is a man who needs no introduction. His impressive 20-year history of creating arguably some of the most timeless, soulful techno ever created, is unquestionable. But, to the newer generation of club-goers, who aren’t aware of his contributions, 2012 serves as the year to re-establish his position as one of the most valuable forces in dance music today.

On his popularity, Larkin states:

“I’m more like the artist’s artist. I’ve had very successful electronic artists tell me constantly how much I’ve influenced..

To most electronic music aficionados, Detroit native Kenny Larkin is a man who needs no introduction. His impressive 20-year history of creating arguably some of the most timeless, soulful techno ever created, is unquestionable. But, to the newer generation of club-goers, who aren’t aware of his contributions, 2012 serves as the year to re-establish his position as one of the most valuable forces in dance music today.

On his popularity, Larkin states:

“I’m more like the artist’s artist. I’ve had very successful electronic artists tell me constantly how much I’ve influenced them, but, to the newer generations of club-goers, my name might not be as well known. I like to say, I’m famous for not being famous!” -KL

Since the beginning of his career, Larkin’s profile was never considered massive, nor did he ever serve as the “face of techno.” Yet, the respect and admiration he garners from his fans, electronic musicians, and journalists globally leave little doubt as to his relevance, and influence in a genre that sometimes can be described as lacking in feeling, warmth and musicality.

It is that musicality that allowed him to give us an unforgettable collection of original material and remixes, such as the amazingly groovy Inner City “Share My Life.” Many consider this rework one of the best Inner City remixes ever done. Or the equally stunning remix done for Ben Klock’s “OK,” which was voted by website LITTLE WHITE EARBUDS as the 20th top track of 2009.

... Larkin defrosts Klock?s “OK” with swelling warmth and a bass line that wound itself all the way to the horizon. High wire strings gave the remix a sense of drama, while faultless percussive turns saw halting snares, clipped shakers and languid hi-hats entwine themselves through the fabric of the track. Coaxing an animalistic cry from his hardware, Larkin had already succeeded in creating a stunning take on “OK” by the three minute mark, but then topped it all off with a gorgeous piano solo that continued for the remainder of the track, adding a graceful fragility to the feverish pace set by the other elements. Not just one of Larkin?s finest moments but one of 2009?s as well. Stunning! -LWE

But by far, one of the most memorable recent remixes, was Larkin’s version of Radioslave’s “Don’t Need A Cure For This.” Released in late 2010, Larkin effortlessly displays his penchant for melody, and his signature jazzy keyboard riffs. The keyboard line, alongside the driving rhythm, resulted in the remix becoming one of the most charted remixes of 2010-11 on popular electronic music websites Resident Advisor, and Beatport.

Never to rest on his laurels, in Dec. 2011, Larkin delivered one of the first biggest remixes of 2012. Less jazzy, but no less impressive than his Radioslave remix, Larkin’s expertly crafted version of Inner City’s, “Future,” which he coincidentally co-produced, and co-wrote, quickly climbed to the number one spot on Beatport’s Top 100 Techno Chart, and reached number 16 on their Top 100 overall chart, which combines all genres. Top dj’s from around the globe are currently supportive this massive floor filler. This was one of only a few Detroit titles to ever reach number one on the techno chart, since the creation of Beatport.

The building blocks of his signature sound are rooted in his early exposure to jazz, funk, and soul, in addition to other more electronic influences. These styles all serve as the backbone of his unique style. This was a key component in the formation of the second wave of Detroit Techno, alongside artists such as Carl Craig. Larkin’s small, but impressive catalog of work of over the years, all displays his ability to chisel out of the often cold hard machines, his own sound that is all heart and soul. Quite simply, this is electronic soul music.

After listening to his debut album, released on Warp Records, Azimuth (released 1994), the press commented:

“”Azimuth is one of the most imaginative and original techno albums yet.” MUSIC WEEK

“A masterpiece. This LP of intelligent Detroit techno is an upcoming classic.” STREETSOUNDS

His second album, entitled Metaphor, released in 1995 on R&S, was no less impressive:

“This is electronic soul music, full of human feeling and warmth" MixMag

??“Delightful, pure Detroit-style techno. Melodic, emotive and, like so much great U.S. techno,

?almost jazz-like in places. Larkin is a man with his finger on the fast forward button of music’s

??Street Sound magazine later voted Azimuth as one of the top 50 Techno CD’s of all

His second album, entitled Metaphor, released in 1995 on R&S, was no less impressive:

??"A juxtaposition of polished classic Detroit and quirky jazz-inspired innovation. At times very

?the right places at just the right time.” I-D

??-Metaphor was Nominated for “Best Electronic Album of the Year by Keyboard

?-In 1995, Larkin was voted “Best Techno Artist of the Year by local Detroit newspaper,

Larkin returned from a break, and re-established himself with his, “Keys, Strings,Tambourines.” The album was released on the legendary Planet e, and was voted by Pop Matters magazine as the ninth best electronic albums of 2008.

For their selection of top 20 albums of 2008, well respected website, Resident Advisor, listed Larkin’s album at 18.

"Throughout Keys, Strings, Tambourines, Larkin peppers his elegant tech house rhythms with jazzy keyboard fills, strings, tambourines and oddball synth blurts, making for an especially tuneful listen that doesn't skimp on the ass-shaking. Fans of Larkin's classic works will not be disappointed here, nor will those discovering his music for the first time." –Resident Advisor

Kenny has an undeniable passion for making music. In addition to his busy global dj schedule, Larkin is currently working on no less than 7 remixes, for a number of noteworthy artists craving the Larkin touch. In addition, he is putting the final touches on his first original release since his KST release on Planet e. Due out in the spring on Cadenza Records..

Larkin’s sound continues to stand the test of time. His unique, musical approach to dance music transcends expectations in balance with meeting his own ambitions and meanwhile pleasing “Detroit-Days” devoted followers all the world over. As his popularity grows, he will no doubt convert new fans to believers and show them that music...REAL music, and Techno can in fact coexist in the same fuzzy place in the heart.

Famous for not being famous?