It’s very rare in this day and age to find new pioneers who work hard day in day out to constantly push the boundaries of harder music. Hard Dance & Hardcore’s newest superstar and peoples favourite Kutski aptly fits this title and is without doubt the most exciting cross over talent to emerge from the U.K scene in the past decade!

2009 was Kutski’s busiest year to date despite the credit crunch circumstances that hit so many industries. He performed at more UK/Ireland festivals than ever before as his summer schedule saw him play at Global Gathering, Creamfields, Parklife, Planet Love, Slammin Vinyl as well as picking up a residency for Judgement Sundays in Ibiza and continued residencies at Goodgreef and Inside Out. Kutski also stepped up his international profile with ground breaking high energy sets at the infamous Monday Bar Sweden, Ground Zero Festival in Holland, Tunnel rave in Germany, Quartz Festival in Norway and tours of U.S.A, Canada & Australia!

Not only has Kutski’s weekly BBC Radio 1 show grown from strength to strength reaching new heights but this is the first time Hard Dance & Hardcore has had a weekly format to get out to new audiences and is an honour but also a well deserved plaudit for a true hard working professional. The show now fills a more peak time slot over his previous monthly Radio 1 show format with a 1am to 3am schedule every Friday night/Sat morning continuing the 10 hours of dance marathon right after veteran Judge Jules. The show has given Kutski another outlet and opportunity to showcase his ability to combine underground beats on a commercial stage without losing anyone credibility as well as his diversity as an artist and in depth knowledge of all genres of harder edged dance music.
This unique diversity and musical knowledge caused DJ Magazine to approach Kutski to become their newest hard dance and hardcore column writer. Now writing monthly reviews representing the harder scenes on a truly global platform, which emphasises why he is becoming a legend in the making, as well as a true ambassador for the scene, continually giving something back.

Kutski also generously shares his technical and musical knowledge with the dance music community online via his Youtube Channel. Demonstrating all the latest dj equipment hardware, software, tricks of the trade and production techniques. His tutorials and other videos are clocking up tens of thousands of hits, often getting his channel into the top 10 most viewed musicians on Youtube. His channel currently has over 2,000 subscribers, which is no mean feat!
The success of these tutorials and mass online presence has caused many of the world’s largest manufacturers to get in touch and send in their latest kit or software to test out online. They include Vestax, Serato, Stanton & Akai and more recently Kutski has been working alongside the world’s giants Pioneer where he will join the dance music elite alongside James Zabielia, Armin Van Buuran, Carl Cox, Eddie Halliwell and Roger Sanchez in new product development.
Not content with just dominating the harddance scene, Kutski has established himself as a credible hardcore artist too, which has led to him being supported by the scenes leaders. HTID, Fantazia, Uprising, Masters of Hardcore, amongst many other hardcore promoters requesting Kutski as a regular headliner for their events and his profile outshines many hardcore artists in the scene having mixed several commercial compilations including Bonkers & Hardcore Underground as well as producing countless anthems with Al Storm.

On top of his weekly radio one show, dj magazine reviews, Youtube tutorials and full gig diary, Kutski still makes time to hit the studio with several releases under his belt including collaboration with BRK3 ‘4th Dimension’ on the legendary Detox Records and a remix of Mark Sherry & James Allan’s ‘Blood Moon’, both topping download charts worldwide and featured on numerous compilations including Defqon One!

Kutski also launched his own label; ‘Free Range Muzik’ set up to showcase the diversity of his sound and his love of the European flavours of dance music. His debut release ‘One’ picked up plays from hardstyle scene leaders such as The Prophet, Showtek and Zany, featuring a remix by Dutch Hardcore Legends’ Endymion which has been causing quite a stir already in the hardcore scene and picking up plays from Evil Activities, The Player, Nosfuratu, The Viper, Tommy Knocker, Art of Fighters and Madog.

On the album front Kutski has just finished mixing the forthcoming tv advertised Hard Dance Awards album for Ministry Of Sound Recordings as well as having mixed two albums in 2009 including Goodgreef Xtra Hard’ alongside Lisa Lashes & Showtek and Hardcore Underground alongside Brisk & Al Storm.

On a performance level his natural exuberance and awe-inspiring deck-man ship ranks him up there among the true greats. The ingredients for a superstar are all in there, the ability to mix anything with anything have left crowds confused with a general “how did he do that” look across there faces. Technical skill with cuts and loops using every beat and bar of a track keep everything about Kutski’s sets fresh and devastating to behold. Then there’s scratching… On that front he is truly unmatched on the hard scene. Much more is coming with Kutski, prepare to be amazed and you wont be far wrong. 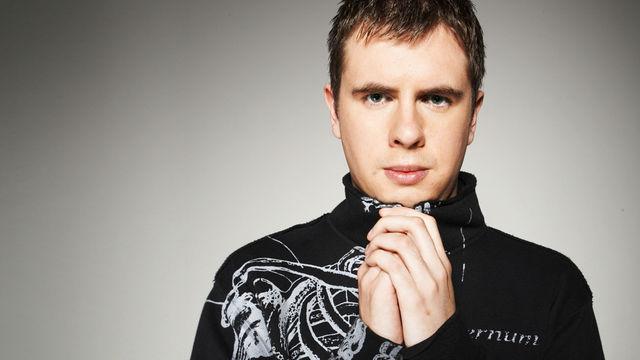