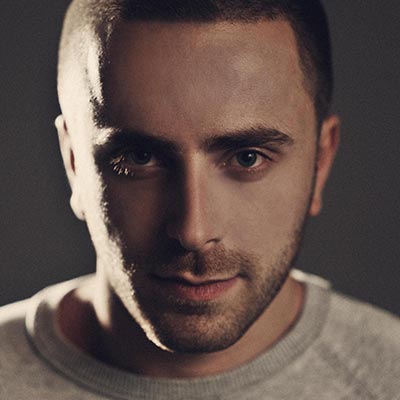 Catching up with the music is a never-ending story. You never know where it will take you. It’s the same with the life of Liubo Ursiny – half-Slovak, half-Bulgarian, resident DJ of Yalta Club (placed 19th in DJ Mag Top 100 Clubs for 2010), who has been cutting his teeth behind the decks for the last six years. Liubo is obsessed with intelligent house and techno music but loves the old classics and lush sexy vocals as well. He is regarded as one of the most exciting names on the local electronic scene. The proof? Hernan Cattaneo mentioned Liubo as his breakthrough DJ for 2010. The Argentinian demands Ursiny to open and close all his sets in Bulgaria.

Bame his background (guitar and piano lessons from an early age along with a father, who was an important figure in Slovak rock and jazz music) for an innate understanding of song composition and how to build a set. Till now Liubo has shared the stage at Yalta Club and other venues with artists like Sander Kleinenberg, Steve Lawler, Richie Hawtin and Marco Carola.

BLAME is his club night and SUNDAY is where he meets friends for a more laid-back end of the week. Under the influence of Danny Howells and his Dig Deeper concept, Liubo Ursiny and Elevate Entertainment conceived BLAME as a monthly event and a marathon eight hour gig, often extended to half a day behind the decks. On the other side SUNDAY is a monthly late afternoon/early night casual party for friends and fellow DJs. Furthermore, Liubo is involved in SOLAR SUMMER FESTIVAL – the annual mainstream seaside dance event.

Liubo Ursiny plays underground groovy twisted house and techno for grown-up perverts, boys in the know and beautiful girls. His own production is still to come, but regarding his impeccable taste in music and impressive skills behind the decks, he better deliver.