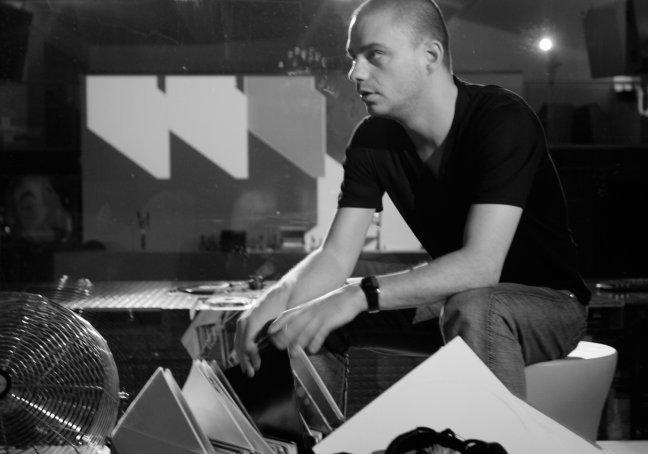 Considered as the "Soulman " for our label, and as one of the classiest artists, Llorca composes very groovy pieces from the old-school of electronic music, which are strongly tinted with funk and jazz. Born in 1974, Ludovic Llorca quickly got into music. From a young age, he was immersed in the disco and house hits by his mum who bought the most popular Donna Summer or Diana Ross records and took him to dance at the discos. A little later, he discovered Inner City with ‘Big Fun’ sound, he borrowed the vinyl from his mother and never gave it back ! As for his father, he was one of the first generation programme analysts and offered him his first computer at the age of 11 ! Llorca therefore made his debut on a commodore 64, composing sound tracks in the midst of other computer artists, and participating regularly in the competitions for " Computer game " demos. His heroes are in fact the pioneers of music for video arcade games.

He kept these influences and this manner of working which is more in the way of programming (In computer terms) than of a pure musical composition : he changed his equipment regularly, until the beginning of the 90’s where with the technical progress, his home studio was able to rival the sound made by the large record companies. Like a craftsman in his workshop, he did everything himself from his PC and spent lots of time at home putting the finishing touches on his compositions. In around 1995, he met David Duriez (With whom he would later form the group " Les Maçons de la Musique " and the label " Brique Rouge ") and started his career as a DJ. He also took advantage of this to produce a few long playing singles with a label from Lille under various pseudonyms…. Then in 1997, he sent a demo to Fcom, which was immediately picked out by Eric Morand.

Still a DJ, Llorca has played since then in numerous festivals and clubs(Montreux in 98, the Transmusicales in 99, the Festival du Devenir in 97, 98 & 99). Up until now he has done hundreds of dates in Europe(Ibiza, Berlin..) , Montreal and Japan (The Blue Note Club in Tokyo ! ). His mixes are precise and rich, the tracks are very musical and the rhythms really groovy, creating a final ambiance which is really funky and full of soul.