It's impossible to reduce Mayaan's productions and DJ sets to a single sound, but certain qualities prevail: a loping, swinging, hips-and-ass-friendly sense of the groove; a bubbling sense of funk; a keen sense of timbre and tone color, with a wooly low end and crystalline highs. It's also possible to discern a certain sense of humor, as well—nothing over the top, simply the occasional wink or sly grin as a riff steps out and takes its star turn.

Like the best musicians, Maayan's work is all about communication. No wonder she understand the dance floor so well, making her a regular fixture at clubs and events like Tokyo's Colors Studio, Frankfurt's Robert Johnson, New York's Wolf + Lamb, Belgium's Decadance, Amsterdam's Mono-Club, Jerusalem's Pacotek, Switzerland's Hive Club and Cityfox @ Alta Börse, and many more—as well as her "space monkeys unite!" nights at Watergate and Arena Club in Berlin. 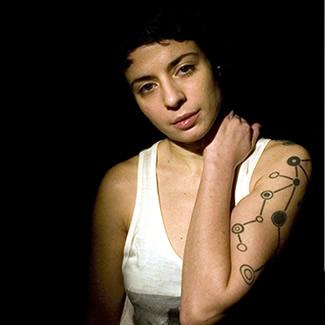