If you've ever seen the Martinez Brothers spin, you know that what separates Chris and Steve Martinez from the rest of the pack isn't just their skills, but their seemingly limitless energy.

What sets apart the Martinez Brothers is their spirit.

Oh, and another little thing: their age.

By now you've heard about the Martinez Brothers. These guys are practically the definition of new blood. Steve is 21, Chris is 18. For a little perspective on the unlikelihood of their position, consider this: Shelter, the club where the Martinez Brothers learned just about everything they know about house music, opened its doors the same year that Chris was born. Which makes it all the more incredible that Shelter was the Martinez Brothers' first major club gig in 2006.

Music always played a significant role in the Martinez home: the boys grew up playing a variety of instruments—keyboards, bass, and mainly drums and percussion. They'd play in church, at home, in various bands around the Bronx. It was their father, a veteran of disco-era clubs like the Paradise Garage, that turned them on to disco and house, via radio programs like Timmy Regisford's Kiss FM show and CDs that he'd bring home in an attempt to expand the boys' musical worldview.

They played their first gig with Victor Rosado, a veteran NYC DJ who shared the decks with both Larry Levan and David Mancuso back in the day; their next appearance was at an Ibadan party at Shelter, alongside Dennis Ferrer and Jerome Sydenham. And from there they've gone on to rock many more floors worldwide - Warmup at PS1 MOMA (NYC), Pacha (NYC & Ibiza), Cielo (NYC), Karu & Y (Miami), Watergate (Berlin), She Club (Barcelona), Bataclan (Paris), Sasha Beach Club (Algarve, PT), Buddha Club (Porto), BBC (Lisbon), Red Zone (Perugia, IT), The Powerzone (Amsterdam, NL). (The first time they left the country, in fact, aside from family trips to Puerto Rico, was to play Cheers, Paris, the longest running soulful house party in Paris.)

The Martinez Brothers kicked off a new chapter in January, 2007, when Dennis Ferrer's Objektivity label released "My Rendition," a powerhouse of a record that won them a whole new world of acclaim.

They have gone on to produce their ironically named followup “Debbie Downer” out in January 2009 with Berlin based Greek producer Argy and “Where’s Mr. Brown?” a hissing, techno track. Both sides have gained much acclaim from DJ’s such as Josh Wink, Dubfire (Deep Dish), Loco Dice and Sebo K.

What sets apart the Martinez Brothers is their sense of flow. Watch them behind the decks: they don't stop moving. Lean, lanky, all wrists and elbows and ear-to-ear grins, these kids look like they were born to move. They're practically climbing over each other as records flow together, one brother cueing up a track, the other EQing, the headphones passed back and forth, forearms intertwined, heads bobbing in unison. It's amazing to watch. It's even more amazing to hear. 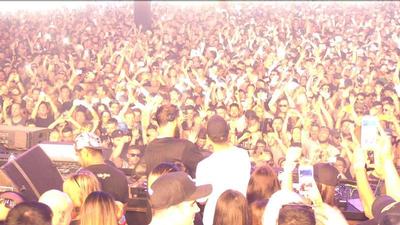