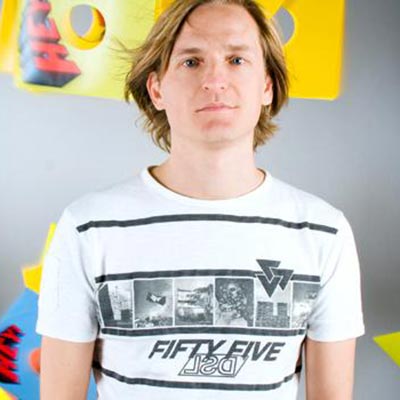 Michel de Hey must be seen as one of the people who took responsibility for dance music and its direction in Rotterdam. With his talent both as a producer and as a DJ, Michel opened the door to techno and tech house for a lot of people. Over the years Michel succeeded to get a solid reputation abroad through his excellent DJ performances at clubs, parties and festival events across the globe.

His DJ career kicked of in 1986 and with his first recording release 'Break' he entered the Top 10 of the US Billboard Dance Charts. Since then, Michel de Hey developed his funky techno sound to what it is today. Many times Michel has been nominated for national dance awards such as the LSDA Awards, the TMF Nokia Awards and the Update Dance Awards. Over the years Michel de Hey has won the award for Best Techno DJ of the Netherlands for over four times already!

Since the beginning of 2003 he started to work together with the former Cosmack Management in London, now called Litheum Bookings. They are now responsible for all his dj activities outside the Benelux. Next to Michel they also take care of dj’s like Carl Cox, John Digweed, and Jimmy van M.

Over the last decennium Michel founded various record labels such as EC, CC, Brave New World, Miracle Records and HEY! Records. . EC Records delivered several floor fillers and chart hits over years, although it was not Michel’s main objective to aim for chart hits when he founded Immaculate Music. The labels are primarily respected throughout the dance music and club scene and are musically considered to be leading record labels in the Netherlands. Artists featuring on Immaculate imprints include Secret Cinema, Literon, Coming Soon, Chord Symbols, Graylock, Sterac, Warren Fellow, M.I.R.K.O. and Grooveyard. The summer of 2004 has brought Michel and EC records a number 1 chart success in the Dutch Pepsi chart. The Fast Forward Anthem called “Be my guest“ was produced together with M.I.R.K.O. Again Michel produced the anthem for the 8th Dutch Love Parade. He has been ambassador for each edition and he has seen the Parade grow to one of the biggest parades worldwide.

For his labels Michel has made several solo productions or releases in cooperation with Literon aka Gert-Jan Bijl, Secret cinema aka Grooveyard aka Jeroen Verheij and Mirko van Dommelen. Apart from his own labels Michel has also made music for Circle Records, Lilith Records, Artform, Lupp and Plink Plonk.


Since a few years Michel also has HEY! records. On this label he only releases his own productions. The label has been supported by a whole range of dj’s from John Digweed, to Josh Wink, to Tom Middleton, to Adam Beyer. Furthermore he has had artists like Funk D ‘Void, Paul Klakbrenner, Polder, Mr G remixing tracks from the HEY! catalogue.

Furthermore, Michel is working on various compilation projects. The major ones are: the ‘Essential Elements’ series (EDM), the longest running Dutch dance compilation series since 1991, the ‘Technological Elements’ series (EDM), 'Impulz' (Influx), 'Dance Valley on Ibiza’ (Influx) and in-house compilation ‘Syntec’ (EC). Dance Valley Mainstage Edition, MDH01, 2 Faces. His latest cd offering “Recorded in Rotterdam” was highly appreciated and saw Michel supporting solely Dutch artists mixed on 1 cd. For the Amsterdam Dance Event of 2007 Michel produced ‘Recorded in Amsterdam’ where tracks from Rotterdam and Amsterdam based artists came together on one disc. And also his last mix cd, called No Nonsense, did it really well in Holland!

Not only on clubs, parties and cd’s you can listen to Michel, he also has his radioshow called HEY-Muzik. It is now broadcasted nationwide every Friday from 21.00-23.00 on Fresh Fm. The show just earned the first price for best ‘dance radio show’ of Holland this year (2009!).


If you want to tune in for a weekly update on underground minimal, tekhouse, and techno music; www.fresh.fm

But above all Michel is playing all over the world, while maintaining his status as the number 1 underground tekhouse/techno dj from Holland. He has entertained thousands and thousands of people with his unique sound. From Space Ibiza, to Indonesia, from a 4000 people Rotterdam solo beach party to the Womb in Japan, from Circo Loco at DC 10 to Creamfields, the list is endless. And without a doubt the list will grow.


The next thing is his own club night, called HEY! It just started but the future already looks really bright! At the end of June Michel will go to South America where he will perform in countries like Argentine, Colombia, Peru, Paraguay and Uruguay! And also with a Ibiza gig, a lot of festivals and his own area at the Mysteryland Festival the summer will be ‘quite’ cool! To be up to date with everything check 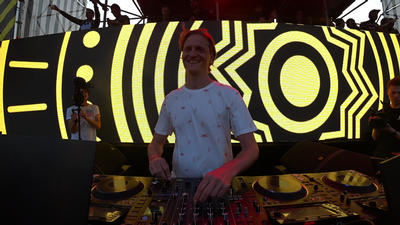