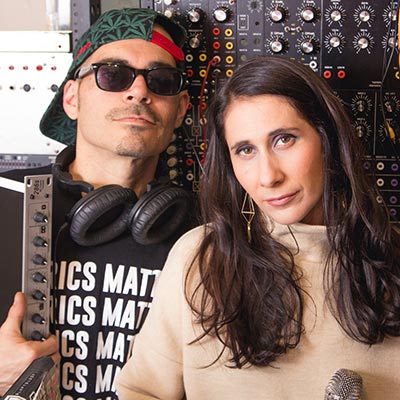 They’ve run 4 successful kickstarter campaigns for 12? vinyl releases. Slope114 Discogs page. “Dmitri and Elise as Slope114 are the most unique duo in all of electronic music. There is no one out there doing what they do and I’m looking forward to what the future brings for them.” -Monty Luke-

“I wouldn’t be exaggerating If I said he sounds like early Daft Punk from the 90s, His girlfriend on vocals is seriously talented. This is a fantastic lush piece of music” -Darius Syrossian- “Dimitri and Slope 114 are legendary in San Francisco. From the resussitation of the mighty Serge modules to their relentless live performances and illustrations of their process.

We wouldn’t be San Francisco without them. They are everything.” – Sunshine Jones- 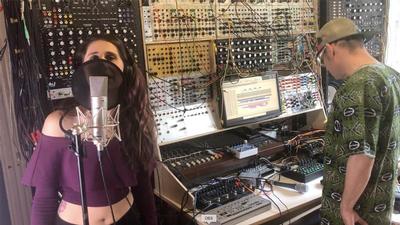 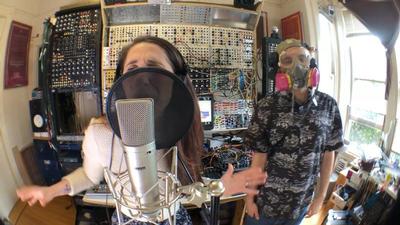 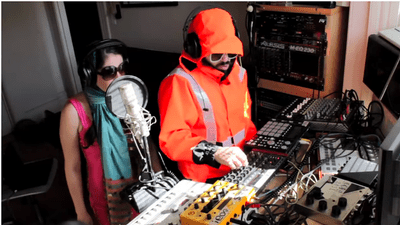 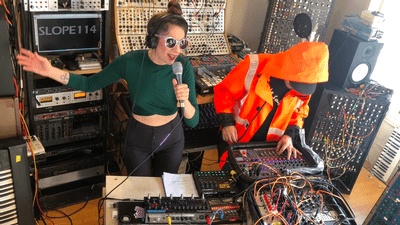