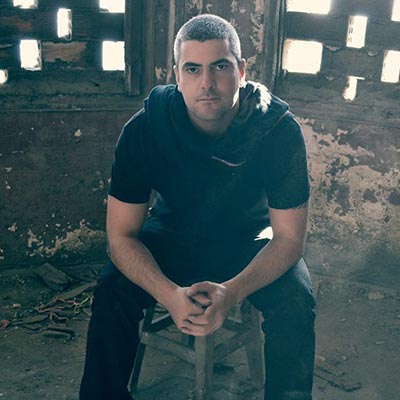 Born in Coruña, north-east Spain, 32 years ago, this DJ/producer started his career in the year 2000 and before long was a resident DJ at the top clubs in northern Spain.
His style combines tech house music sounds with a touch of groovy minimal , making him a sure choice to play at any club for any audience.
Since the summer of 2002, Toni has been an ever-rising resident DJ on the Ibiza Island, playing at famous clubs like La Diosa, Space, Pin 'Up, Amnesia and Pacha.
From 2004 till 2010 Toni Varga becomes like resident DJ every summers in differents parties at Amnesia Ibiza like,Contact,White Ibiza Nights,People From Ibiza and Juicy.
His continuous residences at Amnesia gave him the chance to become a member of the Amnesia World Tour playing in more than 20 countries around the world and important festivals like Cream,Monegros,Space Ibiza Festival,Culture One,Day One or Winter Music Festival. Moreover,Toni has released more than 15 references for diferents labels of worldwide relevance that have been remixed for importants producers and have been included in importants compilations and movies soundtracks.
In 2011 ,toni has been nominated by the famous magazines DJ Mag and Vicius like one of the best nacional talent and won the DJ MAG prize in 2012 for dj revelation.
Currently, is the dj resident at El Row Sundays and Florida 135, two of the best clubs in Europe.