Will Johnston hails from the USA, but has resided for many years in Europe in order to be closer to the love and passion of his life: house music. As managing director of Dancetrippin.tv, Will is constantly occupied with the international dance scene and has developed a natural feel for what works on the dancefloor. His musical taste as a DJ ranges from deep through funky, tech, acid, and electro house? but just the good shit!

Over the years, Will Johnston has shared the decks with some of the finest talents in the world, playing at events with the likes of Danny Tenaglia, Groove Armada, Jamie Anderson, X-Press 2, Erick E, Mark Doyle, Roog, Terry Farley, and Dr. Kucho, to name but a few. Furthermore, he has played at high profile events and clubs such as The Cross (London), Egg (London), Kristal (Romania), Heaven (London), Peppermint Club (Dubai), Gnius (Amsterdam), Hed Kandi (Amsterdam/Rotterdam/Utrecht), Climax (Andalucia), Paradise Bay (Malta), Fast Forward Parade (Rotterdam), Riu Palace (Mallorca), Ibiza Legends (UK), and Hotel Arena (Amsterdam). Besides these international events, Will Johnston currently also holds a residency for Bora Bora Ibiza, which needs little introduction as one of the world's most famous beach parties? despite technically not being a "club" (as it is an outdoor party next to the beach), it has been voted the fourth best club in the world by the authoritative MUZIK Magazine.

Will Johnston has been part of the Bora Bora crew since the closing party of 2003, when he spun together with Bora Bora's resident Gee Moore at what was then, according to Will Johnston himself, "one of the greatest nights of my life". Will got this prestigious gig thanks to the fact that Gordon Edge AKA Trumpet Man had to miss the closing because of his next gig and early flight departure, and Gee had heard Will spinning before and really liked his sound. Lucky for Will, who took command of the decks and took great pleasure in the experience.

Since then he continued to spin at Bora Bora in 2004, and almost daily in the summer of 2005. He also played on the World Tour events, such as the Bora Bora at Heaven in London with Danny Tenaglia. Bora Bora is spreading its wings and expanding its activities, resulting into a plethora of international tour gigs for Will in places like the UK, Spain, Italy, Romania, Dubai, etc. While he has played regularly for many other parties around Europe, Bora Bora holds a special place in his heart:

"The people are just fantastic. They go absolutely mental when you play the right track, it's like they are living for the next record and when you give it to them, it is absolute bliss. You look out of the booth and see every single person with their hands in the air, all smiling at each other, feeling the music, feeling the love, its very special, and then a plane flies over and it REALLY goes berserk."

Will thinks that house music is a powerful force, because it taps into our deep-seated primeval nature: "Just about every indigenous natural culture, of which we are all descendents, would regularly congregate in social gatherings where the normal rules of social behavior were suspended as they danced to rhythmic drum based music while in altered states of consciousness. That sounds like just about every good nightclub or party I've ever been to or have played at. We've evolved with these behaviors for hundreds of thousands of years; it's in our nature, so don't fight it, feel it!" 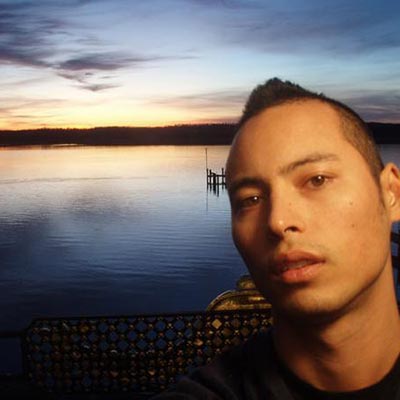