The term “legend” gets thrown about an awful lot these days. Often mistakenly, and loosely, used to measure how good a Dj is, this overuse has seen it's original meaning somewhat watered down. But for one spirited DJ from London, it's never been about a hunger for status; it's about enjoying the work you do, sharing the success and paving the way for the future.

Carl Cox is a character. Loved for his genuine, charming persona, a musical ambassador championing all genres. From the darker, harder days of hardcore, to techno, house, acid-house and so on; give the man a location and dancefloor and the rest will take care of itself.

Carl rode the exploding British rave scene back in the day, playing the opening night of Danny Rampling's legendary Shoom. He co-promoted The Project with Paul Oakenfold whilst a famous performance at the Sunrise rave inspired the spirit of all of those in '88.

Showing what he could do, 1991 saw his debut single for Paul Oakenfold's Perfecto label, 'I Want You,' landing him in commercial waters of a Top of the Pops appearance. Two further releases also made the charts but Carl was hesitant for a pop star image. Thankfully he opted for the safety of the clubbing world that had worked so well before, choosing to press forward in sculpturing fine underground sounds.

Although the man may be hanging up his headphones after this year, Carl’s legendary Ibiza residency celebrated its outstanding 15 consecutive years at Space this year. It's a continuity and consistency unparallel to the typically fast-paced, in and out pace of the industry. And the off-stage work that has been immensely successful, taking roles such as promoter, programmer and host ensuring every year is bigger and better than the last. This year the BURN Residency competition welcomed back the likes of John Digweed, Uner, Philipp Straub joining Carl as mentors. They've seen over 26,000 applicants with one hopeful looking to win the glory of a residency on the White Island.
On a warm day in July, Carl took to the Extrema Outdoor main-stage to deliver a divine blend of house and techno. Beforehand, joining him on the day in Eindoven were none other than Loco Dice, Kolsch, Matthias Tanzmann, Route 94 and others all contributing towards a magical day.

The veteran of the underground has been there done it, never losing versatility and sight of what matters most. The true definition of 'legend.' 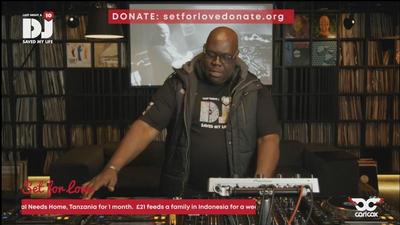 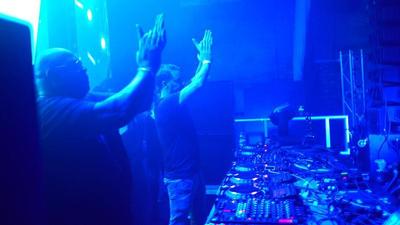